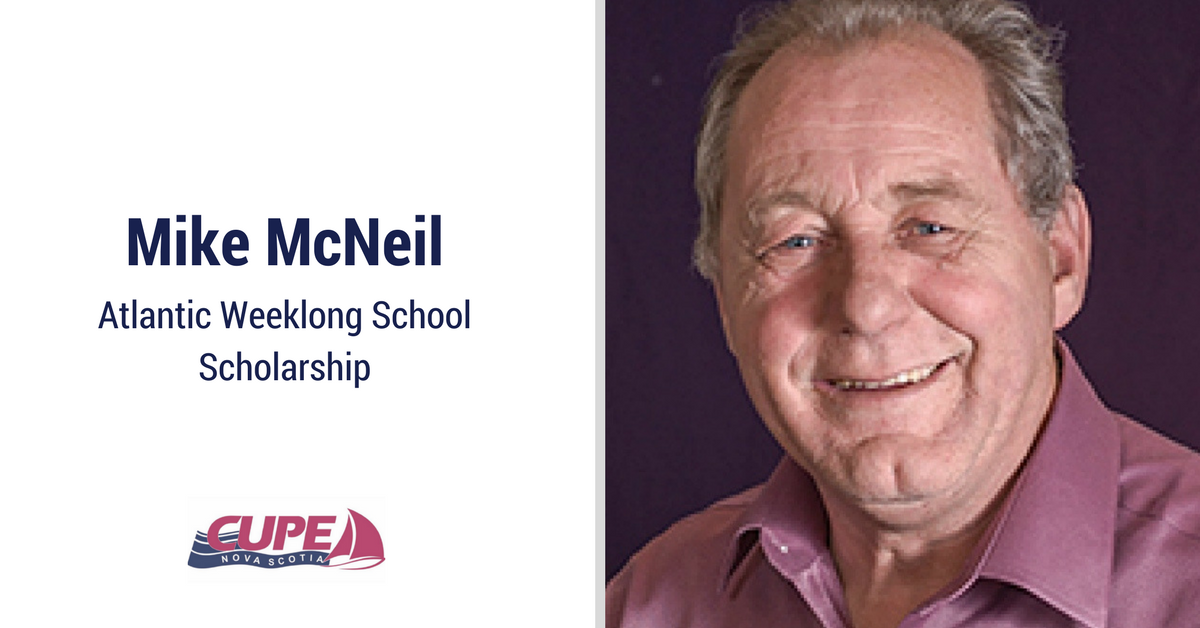 Individuals planning enrollment in the 2018 Atlantic Weeklong School may make application for this scholarship.

Eligibility: Union members in good standing with a local union affiliated to CUPE Nova Scotia. Preference will be given to a local who has not previously received a scholarship for the weeklong school.

Decisions: The decisions of the CUPE Nova Scotia Awards Committee will be final. CUPE Nova Scotia assumes no responsibility for applications or supporting documents lost, misdirected, or otherwise not received by the deadline. It is the applicant’s sole responsibility to ensure that the application is made correctly, legibly and in a timely manner. Late submissions will not be considered.

Applications MUST be received no later than April 15, 2018 and be sent to:

All inquiries regarding the scholarship should be directed to: