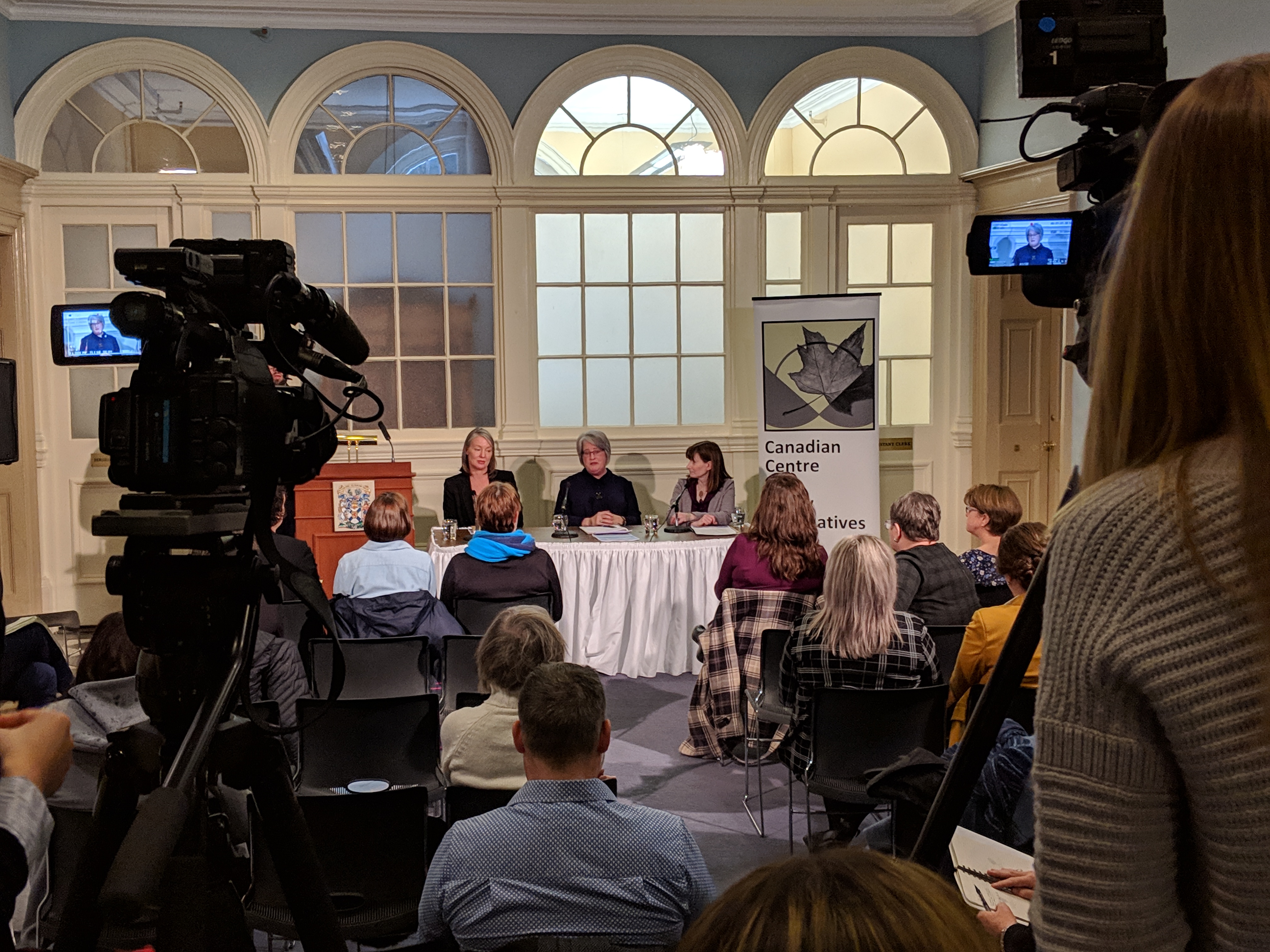 The Canadian Centre for Policy Alternatives-Nova Scotia (CCPA-NS) released a new report today that provides a snapshot of what it is like for Early Childhood Educators (ECE) to work in the Early Learning and Child Care sector in Nova Scotia. Understanding which factors influence their recruitment and retention is critical because we know high turnover affects the quality of the care provided.

Early Childhood Educator and CUPE member, Margot Nickerson had this to say, “This report provides evidence of what we have been saying; so many of my fellow ECEs are struggling with wages that do not reflect their education and specialized skills to work with young children. Frankly, these wages leave them struggling to pay for necessities for their own families. Also, the added pressures with the pre-primary roll-out have resulted in a shortage of ECEs. They are burning out.” 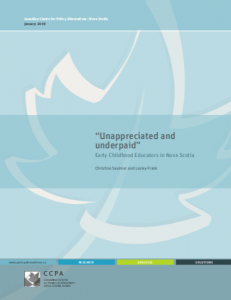 “We know that we are appreciated by families in Nova Scotia, but enough is enough. We need our government and the public to understand the toll it is taking as we work so hard to provide the best care possible to the children with little recognition of what that really entails,” adds Nickerson.

“There is an urgency for our government to rethink its approach to this sector. We cannot afford to lose our highly-educated ECEs,” says Christine Saulnier, co-author of the report and Director of CCPA-NS.

As Saulnier points out, “An outdated wage benchmark leaves our highly educated ECEs as the lowest paid in Canada—earning $16.05 per hour. Indeed, 67% of ECEs who answered our survey felt that their salary does not adequately reflect the work that they do. It is very concerning that 39% of ECEs said that they would not choose the profession- they are likely not encouraging others to do so.”

“The government has focused on developing an early learning curriculum and a framework for quality improvements, which are absolutely needed and commendable. But, employers are left trying to implement changes without adequate operational supports to do so,” says Kelly Ann Hamshaw, Executive Director of the Kingstec Campus Learning Centre in Kentville.

As Hamshaw says: “The government must stop adding to the patchwork of grants, and subsidies. All families and children deserve access to a seamless system that better supports our educators and addresses the inequities that exist between centres, across communities in Nova Scotia.”

This news release was originally published by the Canadian Centre for Policy Alternatives-Nova Scotia. “Unappreciated and Underpaid”: Early Childhood Educators in Nova Scotia” is a report by Christine Saulnier and Lesley Frank.