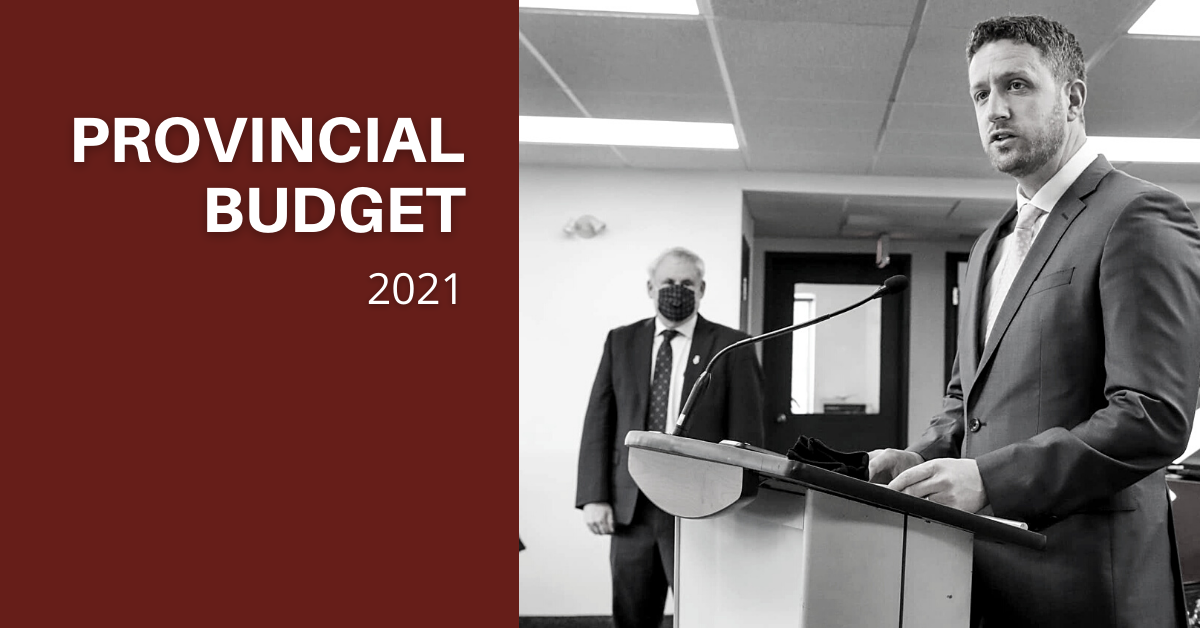 Halifax – The “uncaring” budget presented yesterday by the Rankin government has many gaps in new program spending, some of which includes long term care, child care and community services. “Most notably, there was no recognition for the value of ‘care’ related jobs – predominantly female, low paying sectors of work,” says CUPE Nova Scotia President Nan McFadgen.

“Some of the important lessons learned from the COVID-19 pandemic are that we must act now to fully support these ‘care’ sectors. They are public services and public sector workers that keep our economy going, but who are undervalued by this government,” says McFadgen.

“Is this budget actually enough to address the needs of Nova Scotians? Does it do enough to ensure that no one in a nursing home dies alone?” asks McFadgen. “Is it enough to provide child care for all families who need it, not just the families of four-year-olds? Is it enough to make it possible for homecare workers to see the same clients on a consistent basis? Will new supportive housing incorporate enough resources to meet the needs of people who currently live in adult residential care homes?”

There is no spending in the budget to deal with the demographic crunch in long term care. Only 236 new beds – over the next five years – when there is already a waiting list of over 1,200 people.

“The Expert Panel on Long Term Care clearly stated that the use of long term care assistants was meant to be a short-term measure, which it seems that the Liberal government is adopting for the long-term. Even $10 million won’t come close to addressing the staffing crisis we’re experiencing now,” says McFadgen. “The use of long term care assistants speaks to the continued devaluing of care work, which is disproportionately done by women, and particularly women of colour.”

“Where is the money for recruitment and retention in the long term care sector? Last year, the province spent more than $70 million to recruit doctors. Compare that amount to only $3 million in this budget for long term care staffing,” says McFadgen. “How do you recruit people to do a physically demanding job where you’re underpaid and undervalued for years due to short staffing?”

No increase in funding for child care centres and no mention of investing in child care for children under the age of four is a disappointment. Families will continue to struggle to pay for high child care costs, providers will be challenged to recruit and retain educators, and we risk losing the existing licensed spaces.

“Once again, who is impacted the most? Women. It’s mostly women who provide early childhood education, who struggle to remain in the workforce, and women who help their families when child care spaces are not available,” says McFadgen.

Minister Kousoulis also announced $46.7 million increase to move residents out of adult residential care facilities (ARCs) and hospitals into the community. “That’s just a number. Where is the plan?” asks McFadgen. “A breakdown of that funding is needed. Is it operational? Is it capital? Does it include retraining for people currently working in ARCs and group homes?”

“People who move into the community will need more supports, not less! Because there’s been no planning, we can’t know if what’s been budgeted even comes close to what will be needed to support this transformation,” adds McFadgen.

The pandemic didn’t just expose the cracks in our economic policy, it also exposed the failed policies that are making life less equal for women, caregivers, older adults and thousands of other Nova Scotians who deserve much better.

As a union, we work together for a better standard of living, wages, pensions and health benefits, as well as safe working conditions – for all. Our members are proud to deliver the quality public services needed to maintain a strong economy and healthy communities.