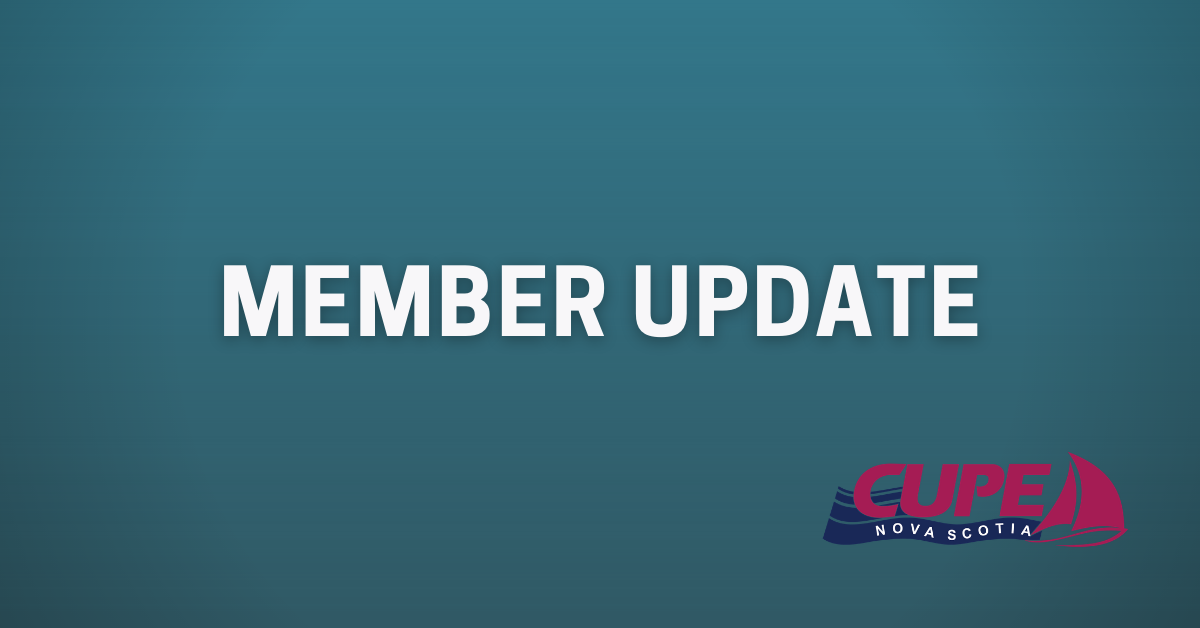 Legislation making it mandatory for all continuing care assistants in Nova Scotia to register annually was introduced on Wednesday, April 7 by Minister of Health and Wellness Zach Churchill. Bill 92, entitled the Continuing Care Assistant Registry Act, was developed based on recommendations made by the Expert Advisory Panel on Long-Term care in 2019. The stated purpose of the bill is to improve workforce planning, recruitment and retention efforts.

CUPE represents the majority of continuing care assistants (CCAs) in Nova Scotia and we have serious concerns about this legislation, which leaves questions about fees, fines and privacy unanswered. Too much has been left out of the bill, to be decided behind closed doors in regulations that have yet to be developed. Based on our first reading of the bill and information we’ve received from the Department of Health and Wellness, we believe the registry will ultimately be administered by the Health Association of Nova Scotia, an organization that provides human resources services to many long term care employers. If an employer-associated group is to be responsible for administering the registry, government must take measures to protect workers.

CUPE recognizes the need for workforce planning, however this bill does not provide enough transparency, and we are opposed to it as it is written. We believe that the registry is unnecessary, as outlined in our submission to the Department in January 2020. Our recommendations include ensuring there are no out-of-pocket fees to register for CCAs and that the registry should belong to and be housed in the Department of Health and Wellness. Read CUPE’s full submission.

As part of the process to pass new legislation, there will be a second reading of Bill 92 and law amendments, where CUPE representatives plan to make statements. The dates for Law Amendments have not been announced yet, but we expect it will take place Monday, April 12.

We encourage all CUPE members to have their say. To register to speak (via Zoom) or provide a written submission on Bill 92, contact the Legislative Counsel’s Office at 902-424-8941 or legc.office@novascotia.ca.

On Wednesday, it was also announced that regulations to administer the Act will be developed in consultation with stakeholders. We will represent our members in that process as well.

We will continue to communicate with our membership as the Act moves through the legislative process. Please also check our website for updates at ns.cupe.ca.

General inquiries about the CCA Registry (that is currently voluntary) can be directed to: 1-866-265-9900 or CCARegistry@healthassociation.ns.ca.