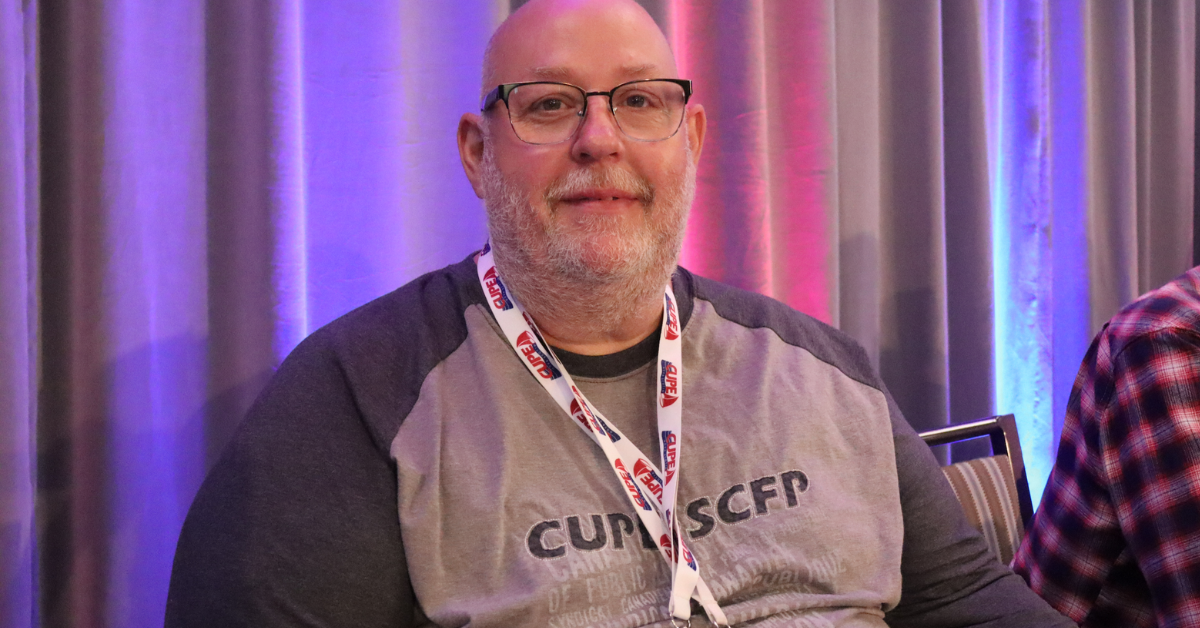 It is with deep sadness that we announce the sudden passing of Sean Foley, CUPE Nova Scotia’s northern area vice-president, on June 11, 2022.

Our sincere condolences to his family, friends, co-workers, and union members.

Sean Daniel Foley – 57, Belmont, passed away suddenly, as a result of health complications, on Saturday evening, June 11, 2022, at home. Born in Toronto, he was a son of the late Daniel and Margaret (Brown) Foley.

Sean worked at Colchester East Hants Health Centre for over 20 years in the Housekeeping Department and was Vice President of CUPE Local 8920. He was a volunteer firefighter with Onslow – Belmont Fire Brigade and also put his name forward as the NDP candidate in the last provincial election. An avid outdoorsman, he loved fishing, especially in Bass River, and hunting in Belmont and Upper Stewiacke. He was always busy tinkering with something and was willing to help anyone.

Arrangements have been entrusted to Mattatall – Varner Funeral Home, 55 Young Street, Truro. Private messages of condolence may be sent to the family by viewing Sean’s obituary on-line and selecting “Send A Condolence” at: www.mattatallvarnerfh.com.