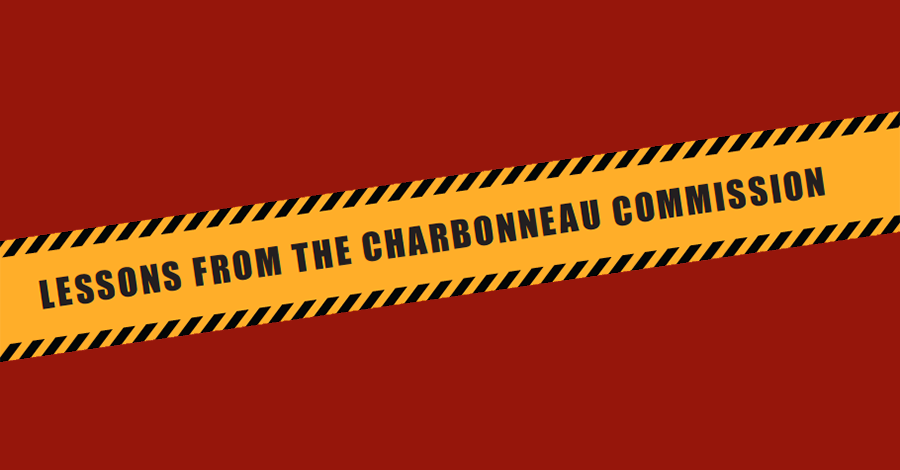 Most people will remember the explosive allegations exposed by Quebec’s public inquiry into corruption and collusion within Quebec’s construction industry. The Charbonneau Commission found that for years, supposedly reputable companies were awarded public road, wastewater, and other building contracts at highly inflated prices. These companies would then kick back a portion of the profits to the mafia, as well as to government officials and political parties that helped secure the contracts.

But what allowed these private companies to establish the intricate corruption schemes and highly inflated prices in the first place? Let’s take a look at some of the causes.

Many of the witnesses agreed: years of austerity and cuts within the Transport Ministry created a situation where there was not sufficient internal expertise to properly monitor and inspect public tendering processes, especially in identifying a project’s needs in the design phase. The ministry was also unable to properly assess cost overruns and other invoices during the building phase.

Similarly, outsourced municipal work created conditions, which were ripe for corrupt companies to abuse the system. In Montreal alone, outside municipal workers from CUPE 301 were reduced from 12,000 in the 1970s to about 5,000 in the 2000s. Consequently, in some privatized areas like sidewalks, wastewater and paving, the lack of competition allowed mafia-linked companies to form cartels which then rigged the bidding processes and inflated prices by up to 30 per cent.

The Commission focused much attention on the corruption scheme at the McGill University Health Centre (MUHC) P3 that implicated then-CEO Arthur Porter and SNC Lavalin. The report shows how the veil of secrecy surrounding P3s opened the door to corruption. MUHC managers were able to choose the members of the selection committees that oversaw the bidding, and both the managers and committee members were offered bribes to favor one bidder.

All of this could have been avoided if the province had decided to go the traditional route by financing the project publicly.

And if that wasn’t enough, Quebec think-tank IRIS released a paper in 2014 demonstrating that the province could save nearly $2 billion dollars by buying back the contract and bringing the hospital back into public hands.

What can we do about these problems with the system? The commission’s 1700-page final report, tabled in November of 2015, sets out 60 recommendations to help fight corruption and collusion, including hiring more internal expertise at both the provincial and municipal levels, more oversight and transparency in the public tendering process, and strengthening protections for whistleblowers.

“An often-suggested approach (…) to preventing collusion between stakeholders in the private sector and improving the estimation of construction costs is to strengthen the internal expertise of public sector offerors, particularly by allowing them to perform certain tasks themselves, using internal staff.” *

“Internal expertise is an effective defense against collusion.” *

*Source: Commission of Inquiry on the Awarding and Management of Public Contracts in the Construction Industry (Volume 3, pp. 134, 135)