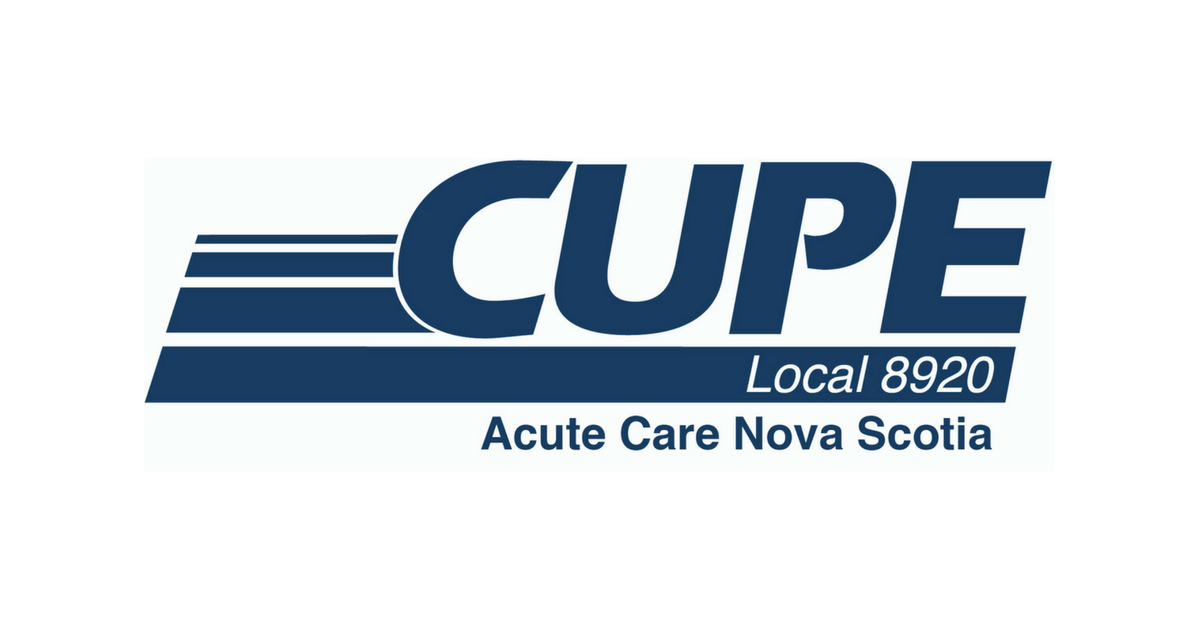 The Health Care Bargaining Council, which includes members of the CUPE 8920 bargaining committee, has made a formal bargaining complaint on Thursday, January 19, 2017, against your employer with the Labour Board.

Bargaining between the Nova Scotia Council of Health Care Unions and the NSHA and IWK has stalled because the Employers are refusing to tell the Unions what they are proposing for key aspects of the new collective agreements.

The Council of Unions’ bargaining committee is made up of three members, from CUPE, six from NSGEU, and one from Unifor. The Council has repeatedly asked for the NSHA and IWK to table their full proposals. The Employers have refused.

At issue are three key proposals: sick leave; health and life benefits plans; and pay plan maintenance (the process that evaluates whether people are properly paid for the work they do).

The Council has repeatedly informed the Employers that their refusal to table key proposals leaves the Council at an unfair disadvantage where it is being asked to bargain in the dark and leave critical cornerstone elements of our agreement to be negotiated after issues of key importance to the employer are dealt with. The Employers’ refusal to table those proposals has left bargaining at an impasse as the Council will not continue bargaining until the items are tabled.

In order to end the impasse and resume bargaining on the health care agreement, the Council of Unions has filed a complaint with the Labour Board. That complaint asks that the Board order the “Employers to prepare and table forthwith a comprehensive proposal for a collective agreement for the Health Care Bargaining Unit.”

There are two sick leave plans currently in use across the NSHA and IWK.

The Council of Unions has proposed using the Short Term Illness Plan that is currently in place, in what was known as the former Capital District Health Authority, for most NSHA and IWK employees and it has proposed keeping the existing short term illness plan for Public Health Addictions and Continuing Care employees.

If successful, this proposal means CUPE 8920 members would move to the Short Term Illness plan, which would improve sick leave coverage for people who have illness or injury early in their working careers or recurring illnesses or injuries in a short period of time.

Although Short Term Illness pays at 75% or regular pay, depending on sick leave utilization, members can accrue “top up credits” that could provide for 100% paid sick leave in roughly half the time as CUPE members’ current plan.

The Employers are refusing to say what they will propose despite the fact bargaining has started.

There are also three different group health and life plans in operation at the NSHA and IWK. The Council of Unions has proposed keeping the status quo and leaving people in their existing plans. The Employers have said they just want one plan and they want complete control of the plan including the ability to change it at their sole discretion. But the Employers are again refusing to say what that plan would be. These benefits plans cover everything from dental care and drug plans to retiree benefits.

The Joint Job Evaluation process evaluates whether people are properly paid for the work they do. The Council has proposed the current job evaluation process already in place at the former Capital Health Authority, but with changes that will address delays that have stalled important re-evaluations in the past.

The Employers have not tabled a proposal, however they have recently said they will do so soon. If so, this issue would be resolved.

For further information on the bargaining process to date, as well as background on the formation of the Health Care bargaining council, please visit our website: countmein.cupe.ca.