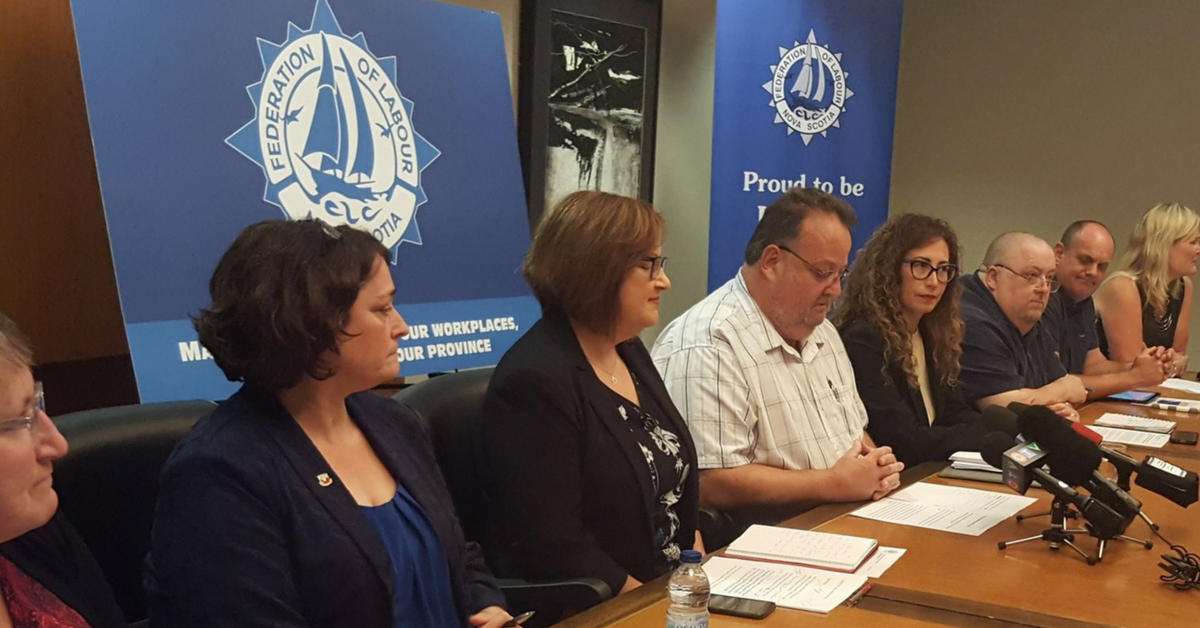 The following news release was distributed by the the Nova Scotia federation of Labour this morning.

Halifax – This Friday, union leaders, including the CUPE, NSGEU, NSNU, SEIU, NSTU, CUPW and Unifor, will file to be added as parties at the Nova Scotia Court of Appeal in response to the Liberal Government’s latest attack on unionized workers.

On August 22, the government referred a portion of the Public Services Sustainability Act, otherwise known as Bill 148, to the Nova Scotia Court of Appeal for review, namely the wage package. The government did not add the unions as parties to the proceeding, even though the employees they represent are directly affected by Bill 148. The Unions must now ask the Court for permission to participate in the proceeding. If they are not present, the interests of employees may be compromised. Party status will enable the unions to give evidence regarding the potential impact of the wage portion of Bill 148.

Although only the wage package is before the Court, the unions continue to press for the entire bill to be reviewed and tested for its constitutionality.

“As participants in the proceeding, unions can help protect the rights of workers being targeted by this government and speak to the adverse affect that Bill 148 will have on public sector workers,” says NS Federation of Labour President Danny Cavanagh.

The unions assert that since its inception in 2015, this bill has seriously impaired the prospect of fair and successful collective bargaining. The damage created by this bill, and others before it, will be expensive and will far exceed any short-term cost-savings to the government. Meanwhile, retaining and attracting skilled workers in Nova Scotia is sure to become much more difficult.

While other legal challenges are underway, labour leaders are steadfast in their resolve to defend their members at the Court of Appeal.

On August 22, the provincial government proclaimed Bill 148 that imposes a wage package and freezes a negotiated benefit known as the retirement allowance or service award. This benefit is eliminated for all new hires post April 2015.

The Nova Scotia Federation of Labour is the provincial voice of the Labour Movement, representing 70,000 members in over 400 union locals.