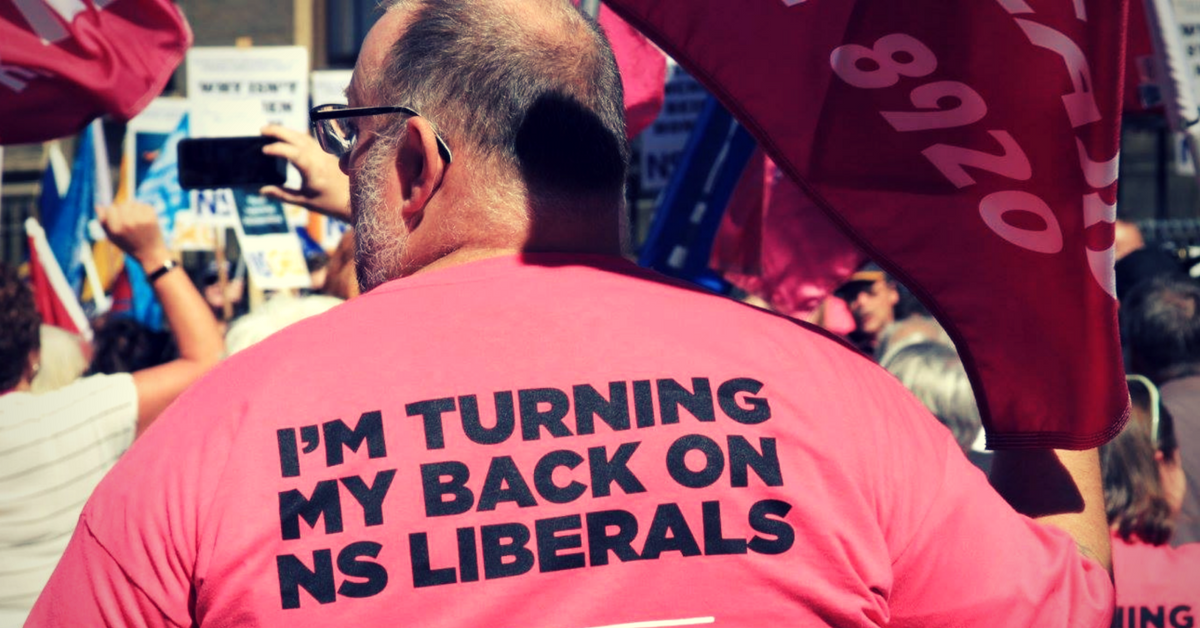 After 22 days of negotiations, multiple pieces of Liberal legislation attacking workers’ rights, and employers who are attempting to take away key benefits from health care workers, talks have finally broken down between the Nova Scotia Council of Health Care Unions, the Nova Scotia Health Authority (NSHA) and IWK Hospital.

Without any pressure to do so, the employers (NSHA and IWK) have requested the assistance of a conciliator from the Department of Labour to assist the parties. Employer negotiators have shown no interest in bargaining in good faith and still refuse to table their proposed changes to sick leave benefits for health care workers. As a result, there is nothing more we can accomplish at the table without the aid of a conciliator.

It is expected conciliation will begin sometime in the next two months and is likely to last for many weeks due to the complexity of the task.

When a union and an employer reach an impasse in bargaining, one or both parties can apply to the Minister of Labour and Advanced Education to have a conciliator assist in resolving the stalemate. Although a conciliator cannot compel a union and an employer to reach an agreement, they do work with both sides to try to craft a negotiated settlement and to avoid labour disruption

Liberal Government legislation requires that the Health Care Council negotiate a single collective agreement to replace the multiple agreements that were in place in each of the former District Health Authorities. The legislation, requiring a detailed and complicated essential services plan before the Health Care Council could engage in job action, has had a severe impact on negotiations.

Without a concluded essential services plan, there is no threat of job action and therefore no pressure to cause the employers to compromise to reach agreement on important benefits that will make up your new collective agreement.

On August 22, the work of the Health Care Council became even more complicated when the Liberal Government enacted Bill 148, freezing your wages for two years, providing minimal increases after that, and freezing the retirement allowance retroactive to April 1, 2015.

This legislation was proclaimed by the McNeil Liberal Government without warning and strips approximately 70,000 people of benefits they previously had and relied on. We are currently challenging this legislation in the courts.

This round of bargaining has been a long and frustrating process for health care members. The McNeil Liberals have used their majority government unlike any other provincial government in Canada to invoke multiple pieces of anti-union legislation.

Despite these barriers, your Bargaining Committee continues to fight hard during these negotiations to protect key benefits that you have negotiated over the past four decades. For example, health and dental benefits plans, which employer negotiators want complete control of.

If the Health Care Council were give up this control, the employers could make unilateral changes to your benefits without the agreement of the unions.

The Nova Scotia Council of Health Care Unions is the lead table in this round of health care negotiations and has been attempting to negotiate a collective agreement on your behalf since October 2016. The Council’s bargaining committee is made up of six members from NSGEU, three from CUPE, and one from Unifor. The NSNU is also part of the Council.