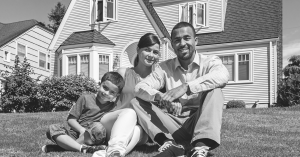 “The McNeil government is not growing our economy by choosing to support public services and invest in infrastructure, and that’s a mistake we’ll all pay for,” says CUPE Nova Scotia President Nan McFadgen, in response to the provincial budget announced today.

Provincial highway workers are voicing their concerns about budget allocations for highway maintenance and improvements. At stake is the high-cost of using private companies to provide these services, when the Department of Transportation and Infrastructure Renewal already owns the equipment and has qualified staff to do this work.

“How will the province save money by paying private companies to do this work? asks Mike MacIsaac, treasurer for CUPE 1867, NS Highway Workers Union. “The province’s highway workers can do the job more efficiently and cost-effectively.”

“Why would go out and rent a car when you already own one?” asks MacIsaac.

“For example, the province earmarked $10 million for private companies to improve gravel roads (for a total of $20 million). However, there’s no cost analysis being done to show that these companies will cost less than using the in-house capacity that already exists, and that Nova Scotians have already paid for,” explains MacIssac.

CUPE Nova Scotia is asking that the McNeil government stop contracting-out work on our highways.

Today, the McNeil government did not delivery the child care services that Nova Scotian families actually need. The Liberals are continuing their misguided plan to offer market-based child care.

“CUPE Nova Scotia strongly believes this budget should have offered a publicly funded and operated child care system, accessible to everyone in the province, similar to what exists in PEI or Quebec,” says McFadgen.

“Exactly which organizations will receive the $15.5 million in federal funding announced for child care?” asks McFadgen. “We’re concerned that the Premier is handing over care of our children to for-profit businesses.”

In the capital plan portion of today’s budget announcement, CUPE noted that the McNeil government is being deliberately vague about the QEII redevelopment, which will be one of the largest capital projects that the province has ever undertaken.

“Why would the McNeil Government continue to rely on P3s with higher-cost private financing after the hard lessons they should have learned from the P3 schools fiasco?” asks McFadgen.

Nova Scotia is rife with privatization deals and, as CUPE Economist Toby Sanger has explained, “Accounting rules are widely used to hide the true costs of public-private partnerships and privatization.” There is a “black hole” for transparency and accountability. That’s why CUPE Nova Scotia wants to initiate a review of how the province report P3s in their financial statements, including provincial budgets.

“CUPE Nova is demanding transparency and accountability from the Province,” says McFadgen.