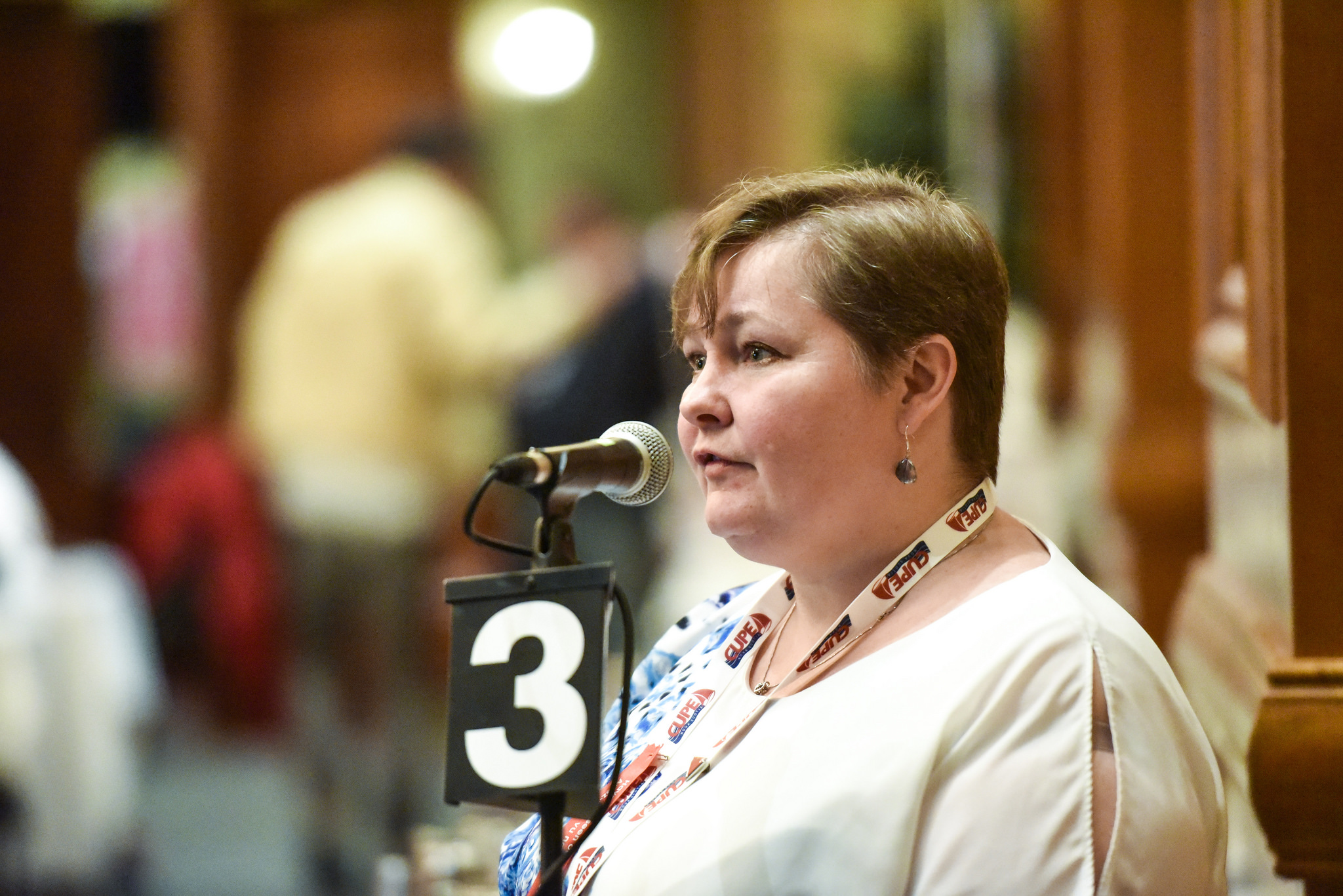 CUPE NS Human Rights Chair Donna McCarthy updated convention on a trip to show solidarity with Indigenous communities and water workers in Colombia. CUPE delegates on the trip toured with community and union leaders from Sintracuavalle, the Colombian water workers union. Together, they saw firsthand the violent of water privatization in Colombia, and the impacts it has had on Indigenous and rural communities.

In particular, Donna focused on the violence and threats that union leaders in Colombia face on a daily basis, and the urgency of CUPE supporting their efforts. After her presentation, delegates approved two resolutions to send financial support to the workers at Sintracuavalle. 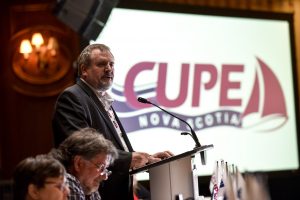 National will fight back alongside CUPE NS: Hancock

National President Mark Hancock gave his annual address to delegates on Tuesday. Hancock pledged the support of National to the important fights that CUPE NS is taking on against privatization in health care and education, and the McNeil government’s attacks on workers’ rights. Hancock promised Nova Scotia members that no matter the challenge, CUPE National would have their back. 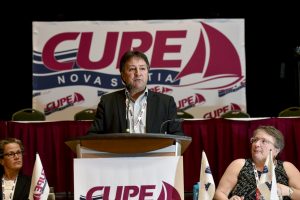 CUPE has the resources to help you fight back: Fleury

In his annual report, National Secretary-Treasurer Charles Fleury gave a financial update, and happily reported 2018 would be a “good news budget”. Fleury reported the largest round of hiring in a decade, bringing in 18 new staff to support members in their fights nationwide.

Fleury’s budget also includes new funding for legal, research, health and safety, election budgets, and much more. Put together, Fleury told delegates that, although there may be a lot of challenges down the road, CUPE has the resources, the tools, and the staff to defend the rights of workers’ and move their rights forward too.

“Because we are a national union, we can support each other in the good times and the bad – and we do… we face many challenges in each region and across the country. I want you to know that CUPE National is with you in all your fights.” 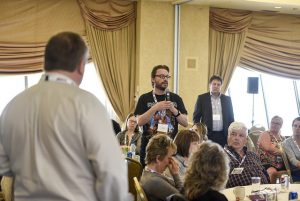 The task force was created at National Convention in Toronto in October 2017, to look at how CUPE’s leadership bodies are serving members and advancing the union’s goals, and how they can be improved. Delegates asked questions and gave their thoughts on how CUPE National is doing when it comes to serving members.

Congratulations to this year’s award-winners 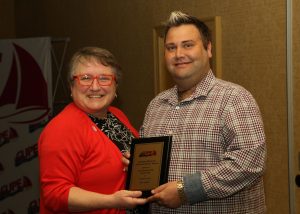 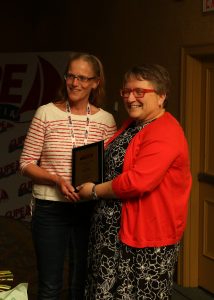 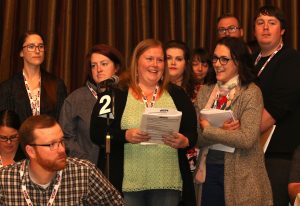 Delegates at convention voted in favour of adding a new seat on the CUPE NS Executive Board to give a voice to young workers and add their issues and perspectives into the union’s work.

Many thanks to our awesome convention photographers Hazel Caldwell and Joshua Berson! 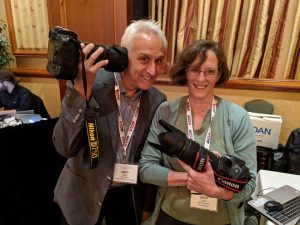