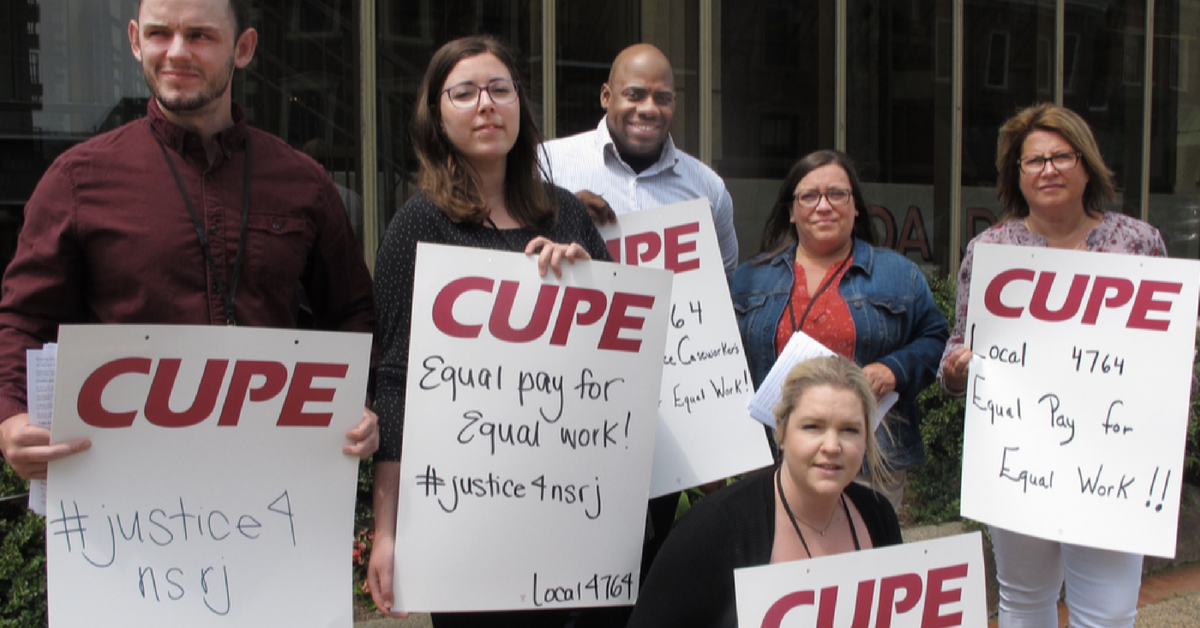 Bargaining for Community Justice Society caseworkers fell apart yesterday after the employer failed to deliver a wage proposal. The seven members of CUPE Local 4764 will be able to give 48-hour notice of their intent to strike 14 days after the conciliator files their report. The local passed a unanimous strike vote in May.

“The Department of Justice didn’t have enough respect for these workers to provide a funding formula to the employer so that a wage proposal could be tabled,” said CUPE National Rep Govind Rao. “This is a slap in the face to community justice workers by Minister of Justice Mark Furey.”

The restorative justice caseworkers, who are paid about 56 percent of what probation officers earn for doing similar work and requiring similar qualifications, are looking for a wage increase of roughly 25-30 percent.

Local 4764 President Denise Russell points out that “probation officers are overwhelmingly male while restorative justice caseworkers are predominantly female. This is an old story and it’s time that government rewrote it.

“Funding hasn’t changed for us in over 12 years,” Russell adds, “and something needs to change. We don’t look forward to disrupting restorative justice services, but we want fairness for justice workers.”

A strike could leave restorative justice clients and communities without options, and interrupt court dates.

“CUPE is committed to finding a fair settlement that fixes the injustice in the pay scales,” says Rao. “But the only party that can do that is the Department of Justice.”