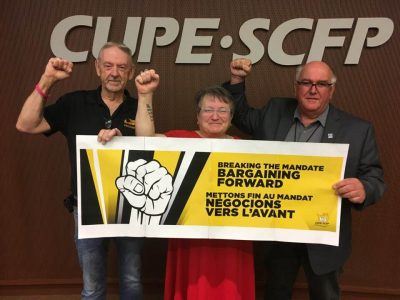 CUPE Nova Scotia President, Nan McFadgen, has written the following Letter of Support, on behalf of the division.

The Higgs government has promised a balanced budget in 2020, whose rights will be trampled to balance the budget, what will be the cost to our Seniors and those who care for them?

CUPE New Brunswick Nursing home workers have taken up the challenge to defend the right to strike, CUPE Nova Scotia joins CUPE National and CUPE Locals from across Canada in calling upon the Higgs government to restore the rights of workers by accepting the ruling of the Labour Board.