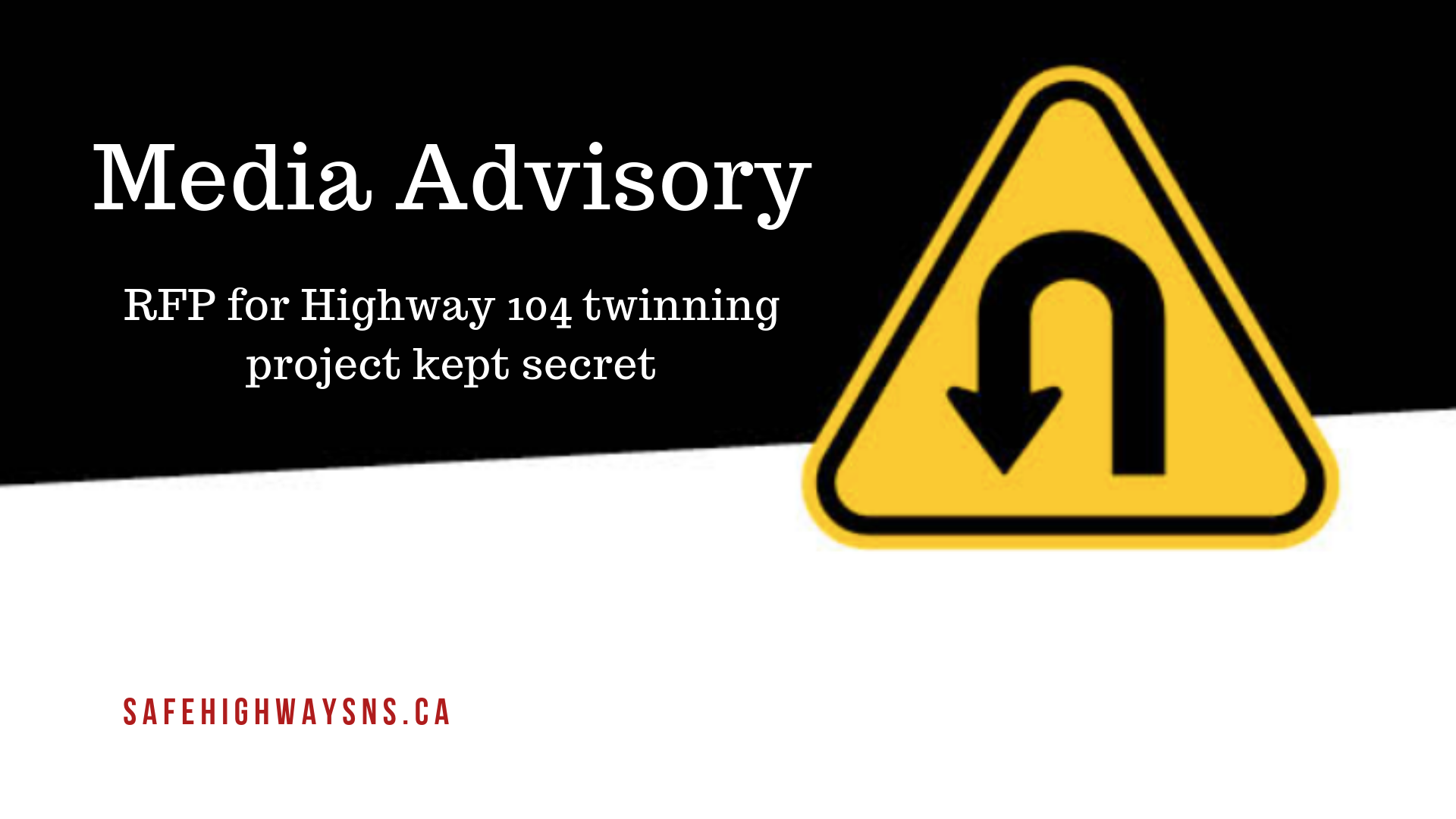 The president of CUPE Nova Scotia, Nan McFadgen, is appalled that the Department of Transportation has blocked the union’s application to view the Request for Proposals for the Highway 104 (Sutherlands River to Antigonish) twinning project.

“Our researcher was told he would receive a redacted RFP for which we would have to pay around $1100,” says McFadgen. “Our deposit was cashed in April, and we told residents in Pictou County at a community town hall in June that we would release the information, which should have been public in the first place. Now the government has pulled the plug on our request.”

CUPE received a letter from Transportation and Infrastructure Renewal Deputy Minister Paul LeFleche this week stating that the RFP would not be released, based on exemptions in the Freedom of Information and Protection of Privacy Act.

“This lack of transparency is one more example of why P3 highways are a bad idea,” says McFadgen. “How do we know that hundreds of millions of dollars in public funds won’t go to line the pockets of private contractors, as happened with the Cobequid Pass? The government has provided no compelling reason why this 38-kilometre stretch of highway couldn’t be built, financed and managed as a public highway.”

Steve Joy, president of the Highway Workers Union, CUPE Local 1867, says Pictou County residents have a right to know how the highway will be maintained. “Will the private owner adhere to the same standards of maintenance and snow clearing as the rest of Nova Scotia’s highways?” he asks. “It’s not too late for the government to take a U-turn from this course of action. They have a $90 million commitment from the Federal government—we could put shovels in the ground today and get started. The safest twinned highways are publicly-maintained highways.”

CUPE is appealing the decision to deny the FOIPOP request.