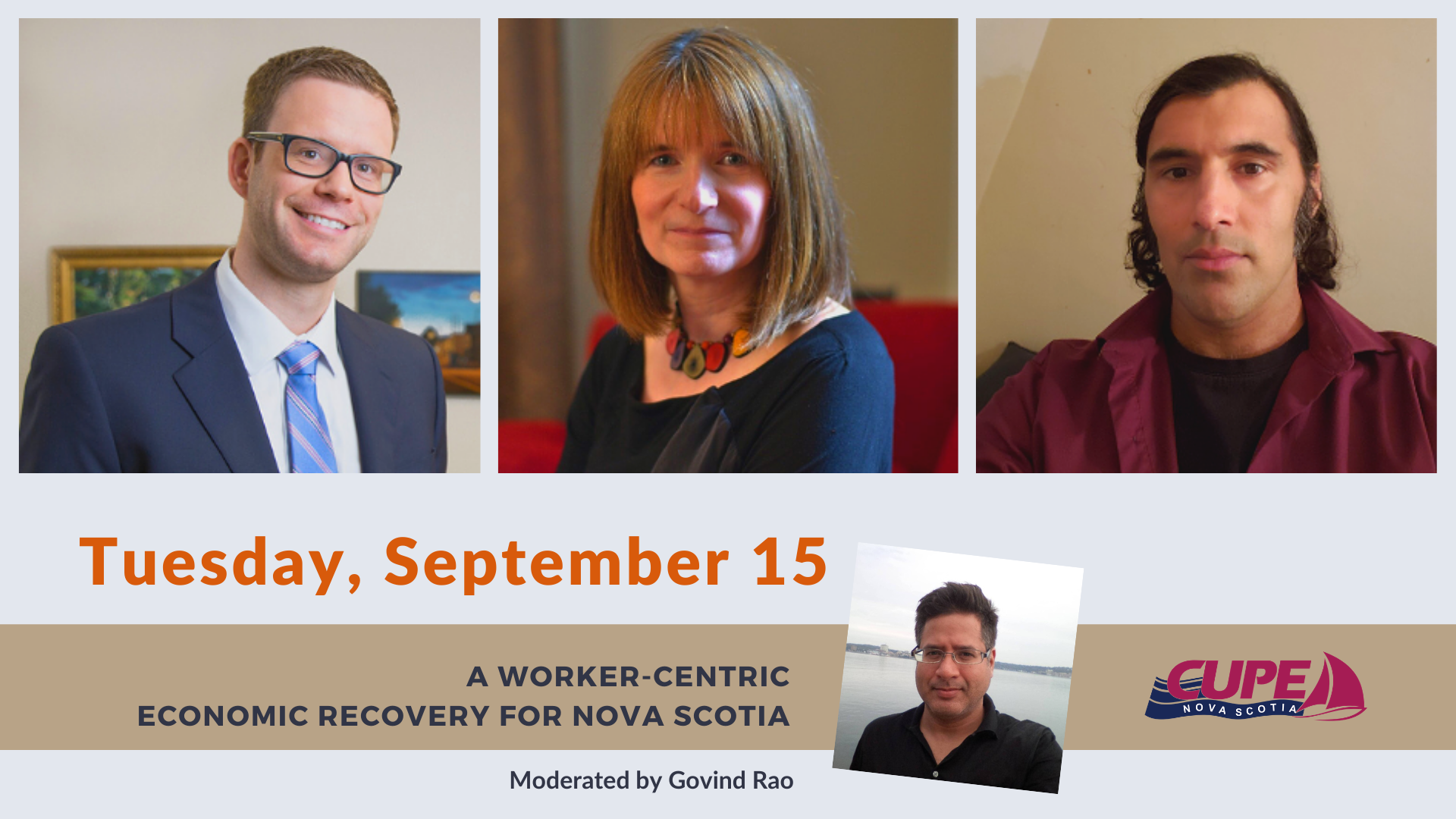 CUPE Nova Scotia hosted a webinar on September 15, to discuss an economic recovery plan that focuses on workers.

The pandemic has exposed long-standing inequalities that can no longer be ignored. Issues such as gender wage gaps, living wages, precarious employment, poverty and racism must be addressed in any plan our government puts forward for economic recovery.

Child care for all, raising the minimum wage, basic guaranteed income, affordable housing… what matters most to workers in Nova Scotia?

Watch the video of the CUPE NS webinar, “A Worker-Centric Economic Recovery for Nova Scotia”, now available on the CUPE NS YouTube Channel.

This is the second webinar presented by CUPE NS and the Division hopes to do more.

“Our Work In Your Community”