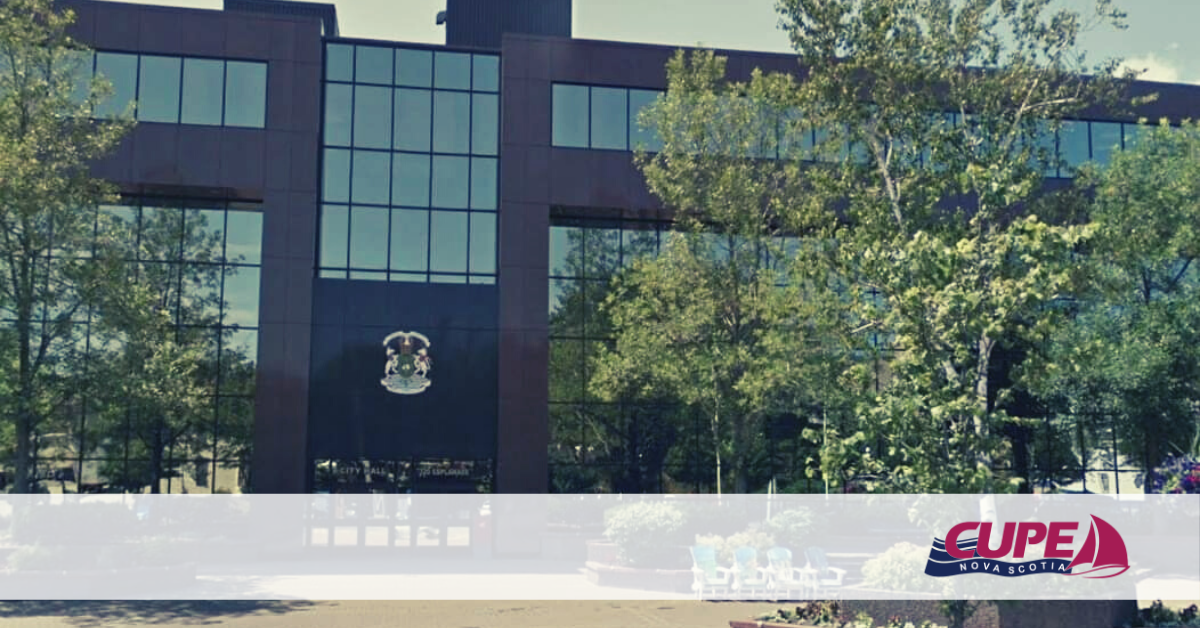 Negotiations between municipal workers represented by the Canadian Union of Public Employees (CUPE) 933 and their employer, Cape Breton Regional Municipality (CBRM), have broken down and the union filed a request today for the assistance of a conciliation officer with the Nova Scotia Labour Board.

“After only four days of bargaining, the employer presented us with their final position even though we were still far apart on some issues. Presenting a final offer at such an early stage is unusual and quite disappointing,” says CUPE National Representative Tammy Martin.

“We would welcome the opportunity to return to the table and continuing bargaining,” says CUPE 933 President Daniel Colbourne. “While we were successful with some improvements to contract language, we’re far apart on others.” Some of the outstanding issues include wages, bereavement leave and parental/adoption leave.

“Also, there’s a wage parity issue that remains unsettled for our members working as special constables,” says Martin, “which is unfortunate because if we go to arbitration to solve the matter, instead of addressing it at the bargaining table, it could cost taxpayers thousands of dollars. Hopefully, the employer will see that it makes more sense to resolve the matter now, in bargaining.”

“We want the employer to come to the bargaining table and negotiate a fair collective agreement,” adds Colbourne.