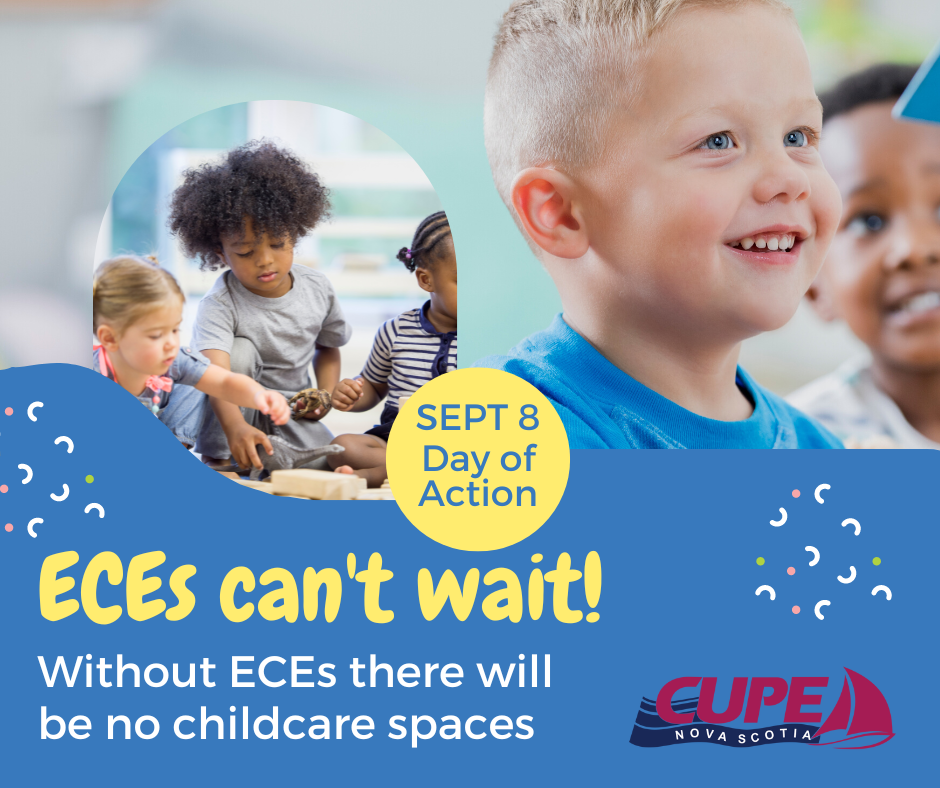 CUPE Nova Scotia is urging the provincial government to release details of the compensation framework for early childhood educators (ECEs) that was promised to begin this Fall.

“ECEs are beyond frustrated with the lack of clarity and transparency around the bilateral agreement that was signed more than 17 month ago,” says CUPE Nova Scotia President Nan McFadgen. “This is utterly disrespectful to these workers, who give everything they have to the children and families in their care.”

Child care workers in Halifax and across the province are planning a day of action on September 8 to remind the government that ECEs can’t wait any longer.

A 2019 study by the Canadian Centre for Policy Alternatives found that 82 per cent of the licensed child care facilities surveyed had trouble recruiting and retaining qualified staff, and that ECEs felt “unappreciated and underpaid.”

“We can’t continue to place the burden of child care on the backs of underpaid workers, who cannot afford the system they are expected to create,” McFadgen says.

“Without ECEs there will be no child care spaces.”