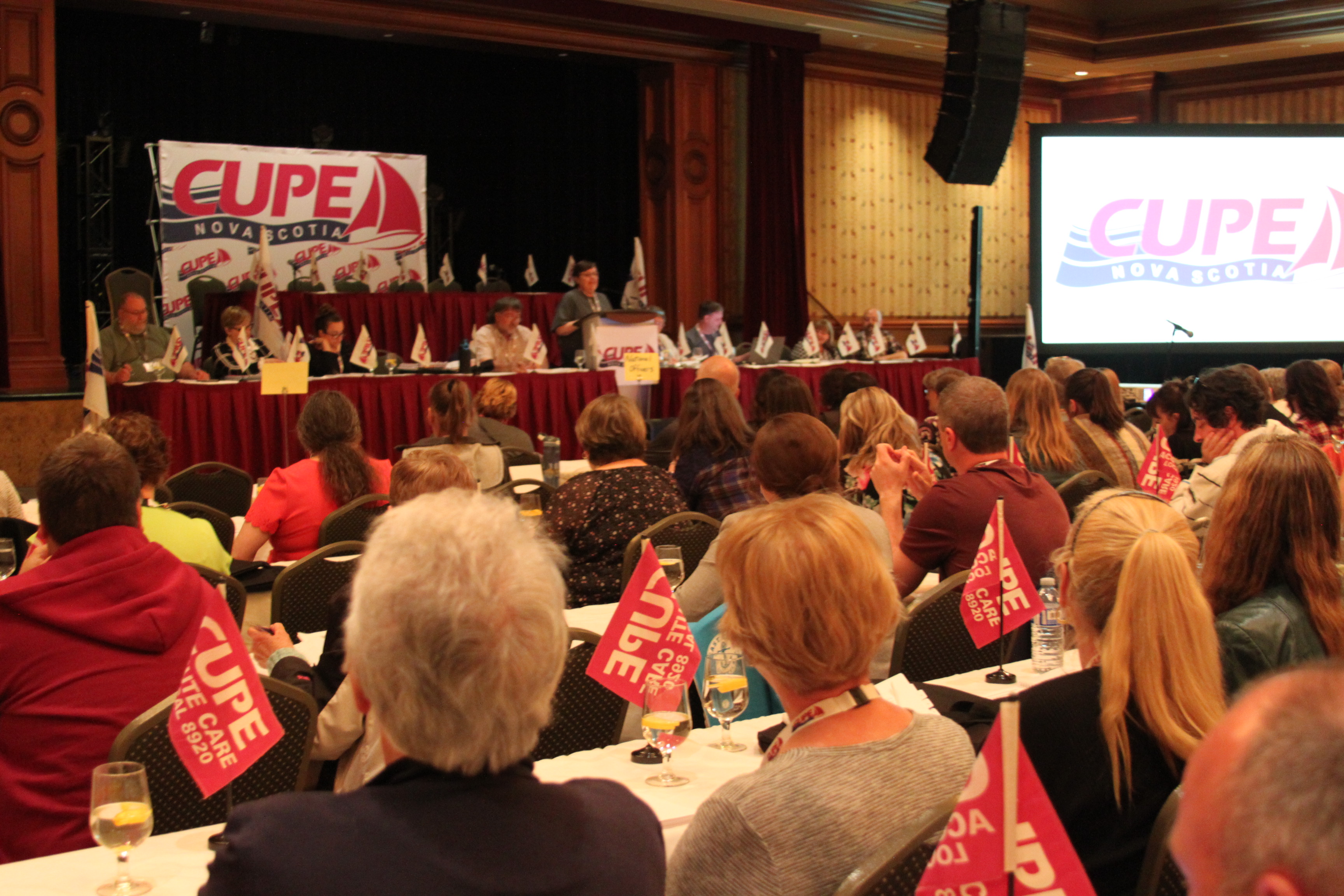 The 55th annual convention of CUPE Nova Scotia opened tonight, Sunday, May 27, 2018, at Casino Nova Scotia in Halifax. There were 221 people attending and delegates sang a loud and proud rendition of Solidarity Forever.

Once seated, members shared the Equality Statement, Code of Conduct and were introduced to the CUPE Nova Scotia Executive Board and guests. The Convention was officially called to order and members of the executive gave their reports; all were adopted and official business ended. 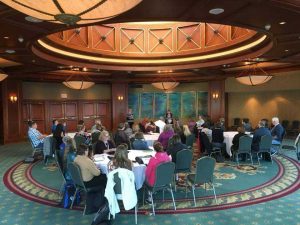 Over 40 delegates attended a lively introduction to the purpose of convention, its procedures, traditions and possibilities to explain specific aspects of parliamentary procedure, including the voting process, tiling the doors, pro and con mics, and the act of “calling the question.”

Points of privilege, points of order and other ways to manage the conversation in the room were also discussed. All of these procedures are in place to help keep the conversation moving efficiently and respectfully.

Get up and say your piece at the mic. First timers at the mic get a prize – and a round of applause. Be brave – this is all about solidarity and having a voice.

Ombudspersons are on hand to hear from you in case you experience any incident or behaviour that runs contrary to CUPE’s Equality Statement and Code of Conduct. The phone number is on the back of your badges. 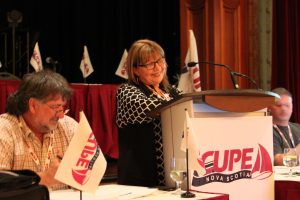 Thanks to Sister Mary Jessome, CUPE Nova Scotia’s outgoing Communications Editor, who will be taking on a staff role at the Sydney Area Office on June 4, 2018.

Quote of the night

“As the political arm of CUPE, we can strengthen worker’s rights and benefits, show how we can be positive contributors to the economy, and have more voice in the decision-making within our province. We need to celebrate our gains… we need to be at the forefront of any issues affecting us, the workers of this province, and we need your voice to guide the next stages of our fight.” — Chris Melanson, Halifax Area VP