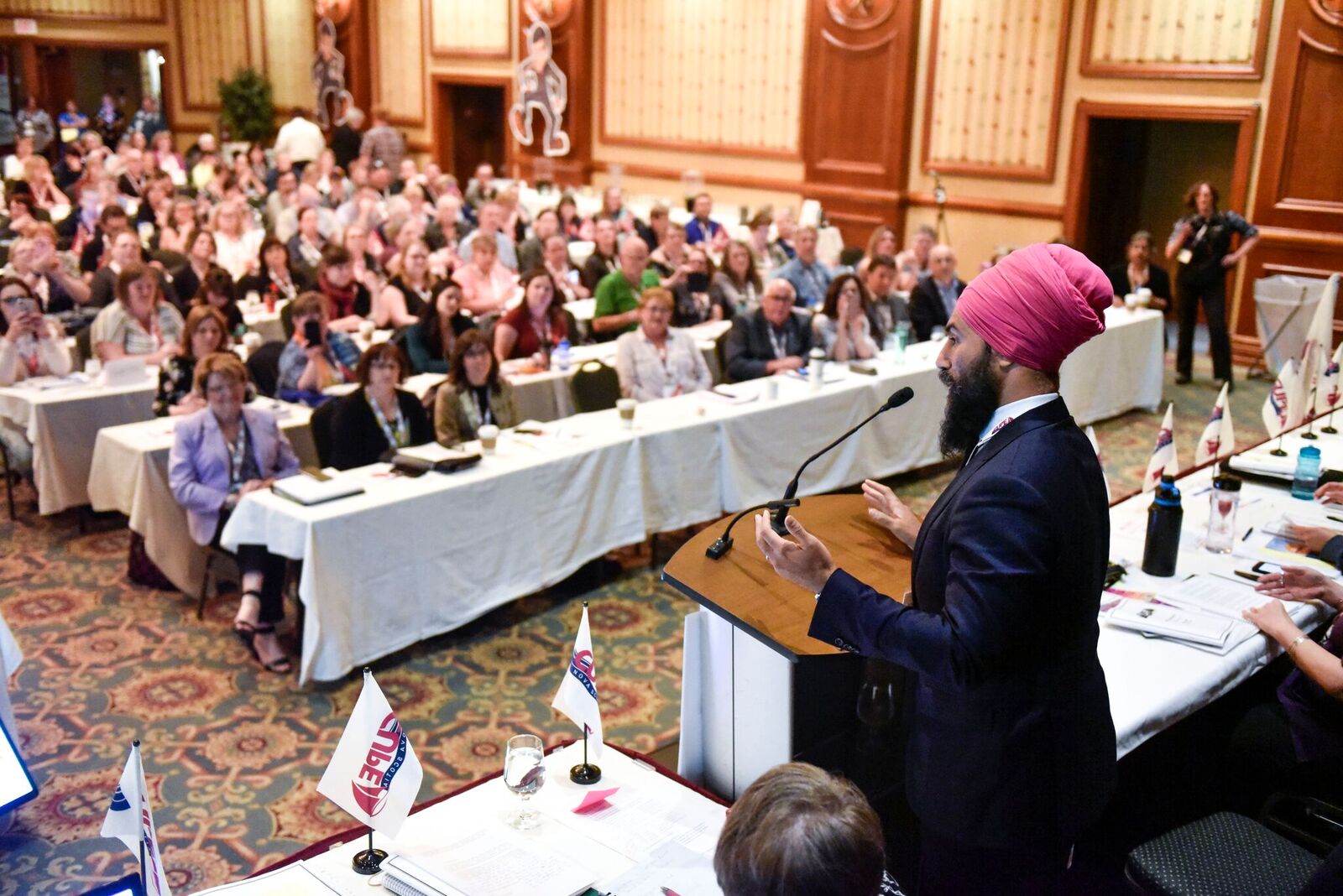 Delegates from across Nova Scotia were revved up by a speech by NDP leader Jagmeet Singh on Monday, focusing on fixing inequality in the Canadian economy and the importance of public services.

Singh cited a recent study that showed over half of Canadians are within $200 or less of being unable to pay their basic necessities, and the fact that 80 per cent of wealth in the world is owned by one per cent of the world’s population.

“People are hearing all these facts and figures about the economy doing so well, and they wonder: if the economy is working so well, why isn’t it working for ordinary people like me? Because that’s the way our economy is built right now.”

In response, Singh called on CUPE activists to step up their fight against inequality, and spoke about the importance of universal social programs that lift everyone up, like universal Pharmacare and dental care.

Too many seniors are unable to afford medication, too few students can afford tuition, said Singh. “Contrast that with the billionaires in our country who get to play by a different set of rules and use tax loopholes to avoid paying their fair share,” said Singh. “It’s unacceptable.”

Singh also talked about the importance of changing Canada’s electoral system, and called out the McNeil Liberal government for their unconstitutional assault on workers’ rights with Bill 148.

See more photos of Jagmeet at the CUPE NS convention. 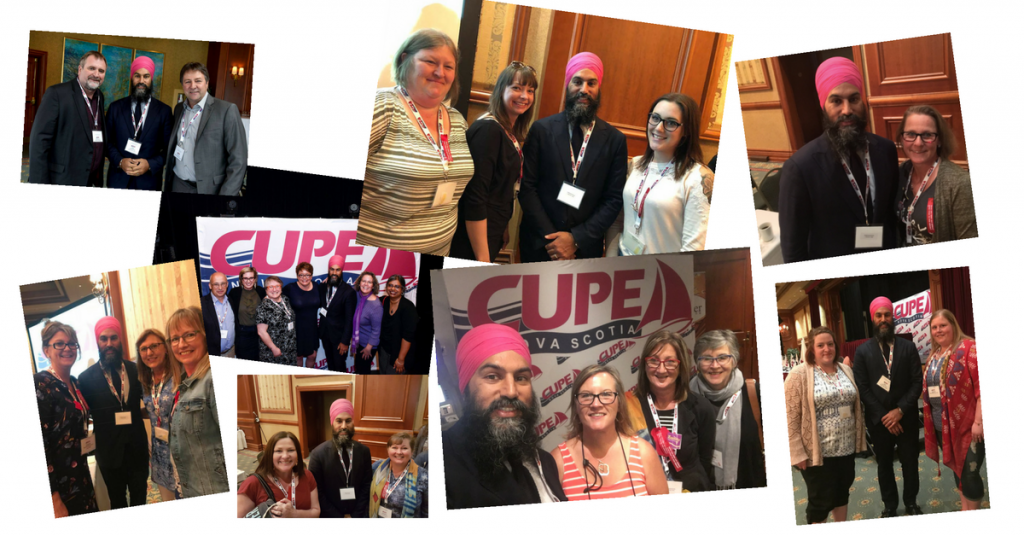