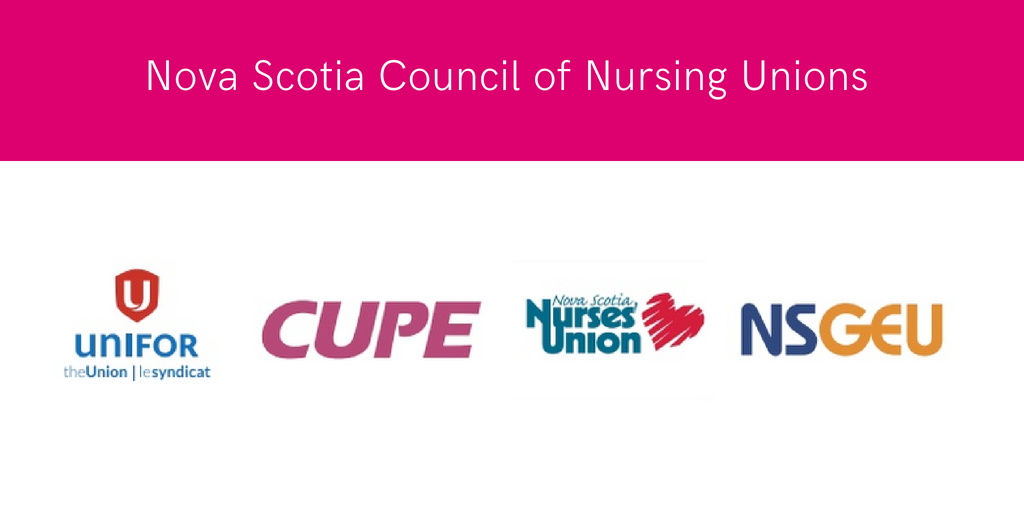 Today, mediator-arbitrator William Kaplan issued an award which establishes a collective agreement for more than 6,000 employees in the Health Care Bargaining Unit at the Nova Scotia Health Authority and IWK.

The award came after five days of mediation-arbitration which took place last week and concludes a process that began in October 2016.

The Council of Health Care Unions is made up of NSGEU, CUPE, Unifor, and NSNU. The Council was legislated to negotiate 16 collective agreements down to one each for the IWK and NSHA.

All monetary improvements in this new collective agreement will become effective today except for those where the agreement specifies a different date. For example, some wage increases are retroactive to 2015 and some will not take place until some point in the future.

All other provisions including all language changes will not take effect until October 8, 2018, unless otherwise specified in the award. This is necessary to allow both sides to prepare for the changes required. During this time the transitional collective agreements that members have operated under since 2011 will remain in effect.

In addition, Mr. Kaplan will issue a supplemental award on August 15 setting out the rates for shift and weekend premiums.