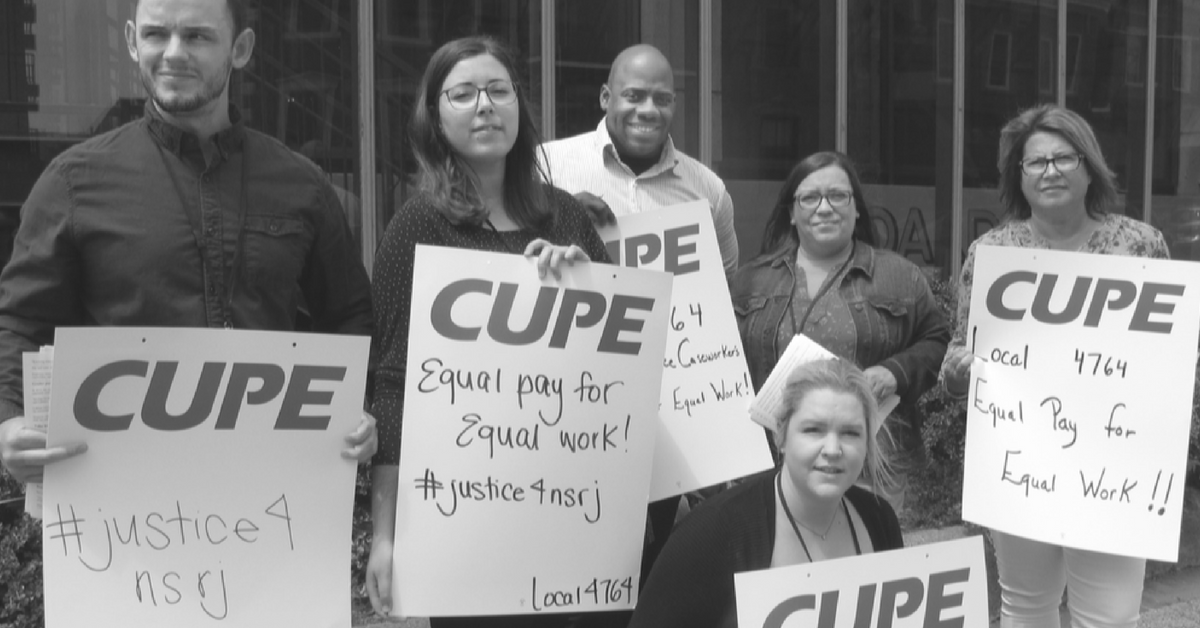 A news conference will be held Thursday, August 9 at the Nova Scotia Legislature to hear from clients of the restorative justice process. As support for Community Justice Society caseworkers’ fight for fair wages continues to grow, the Liberal government is failing, as sole funder of the restorative justice program, to recognize and support the important work they do.

“The government needs to step up and pay us fair wages,” says Shila Leblanc, CJS caseworker and CUPE 4764 member.

SPEAKERS: Members of CUPE 4764 will be joined by former restorative justice program clients, as well as members of the NSNDP.

The McNeil government is refusing to recognize its role as the “defacto” employer of the Community Justice Society, which is contracted by the Department of Justice to provide restorative justice services in the Halifax Regional Municipality.

CUPE 4764 members are workers employed by the Community Justice Society and work with youth (12 to 17 years old) and adults (18 and over), providing them an alternative avenue from the court system to repair the harm caused by their actions.

On July 30, they walked off the job after sending 48‑hour strike notice to Minister of Justice Mark Furey. The strike leaves restorative justice clients and communities without options and is interrupting or postponing court dates.