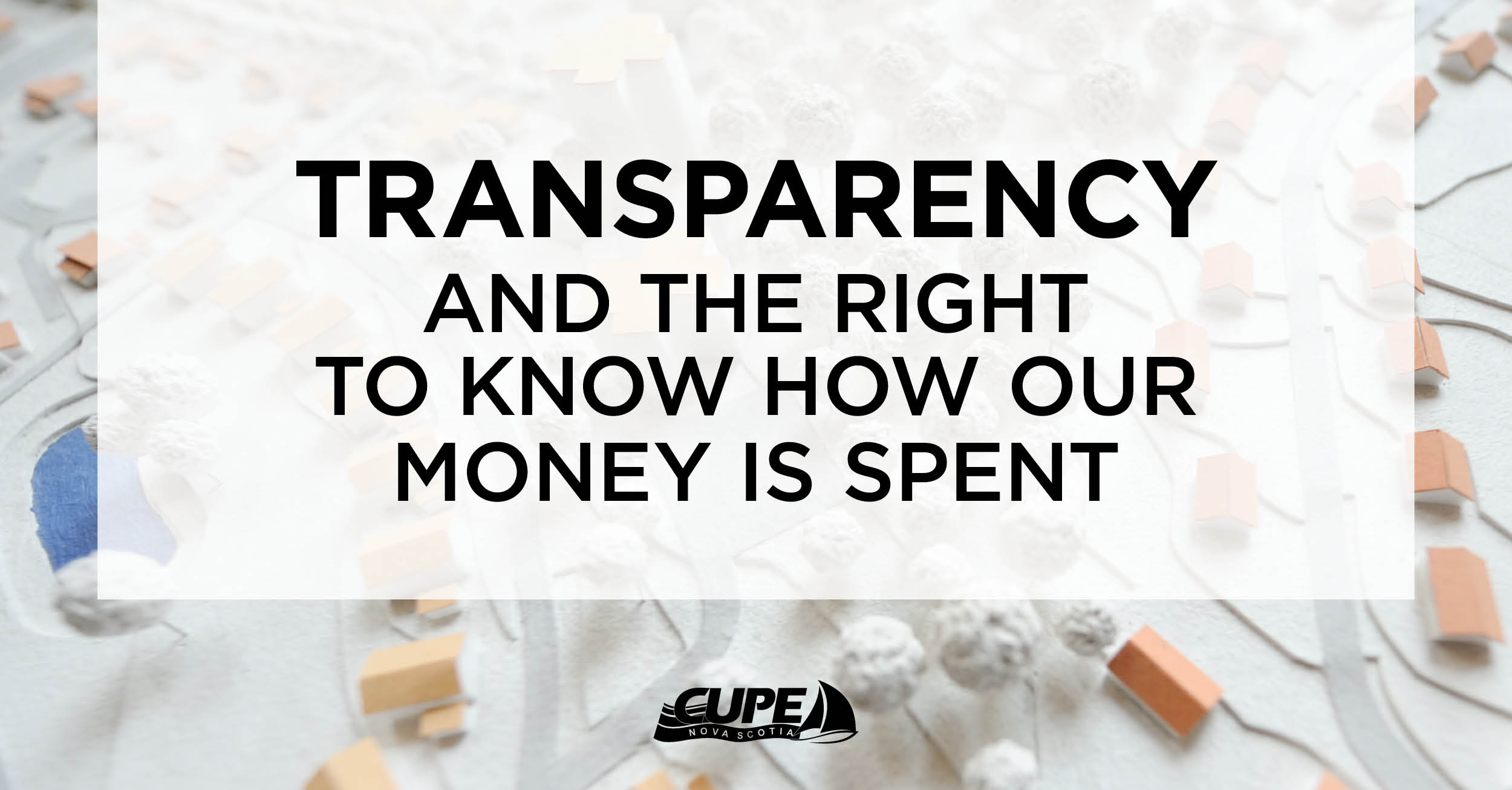 “We need to stop the drain on our finances, and one of the first steps we can take is to legislate disclosure in reporting how our money is spent,” says CUPE Nova Scotia President Nan McFadgen. “There should be no secrets when public money is spent on public infrastructure and services.”

The recommendations call for a fully transparent process and a full costing against a public sector option before a P3 project can go ahead.

CUPE also recommends that the Auditor General be given access to all P3 documents and records, and be allowed to examine the methodology behind the choosing of a P3 model.

CUPE is further calling for transparent disclosure and reporting standards for all public or private operations that provide public services and receive public funding, regardless of their operational structure.

“Without checks and balances the government cannot be held to account for its spending decisions,” says McFadgen. “We only have to look at the recent buy-out of school leases to see the cost to the province of secret deals. The hundreds of thousands of dollars in over spending could have been put to use in health care, education or on more kilometres of safe highways.”

Transparency and the right to know how our money is spent

CUPE Nova Scotia is calling for transparency and accountability legislation to govern the disclosure and reporting of public-private partnerships. The following recommendations to government are based on research and discussion coming out of a symposium on P3s and transparency held in Halifax on November 13, 2018.

Without these checks and balances the government cannot be held to account for its spending decisions.