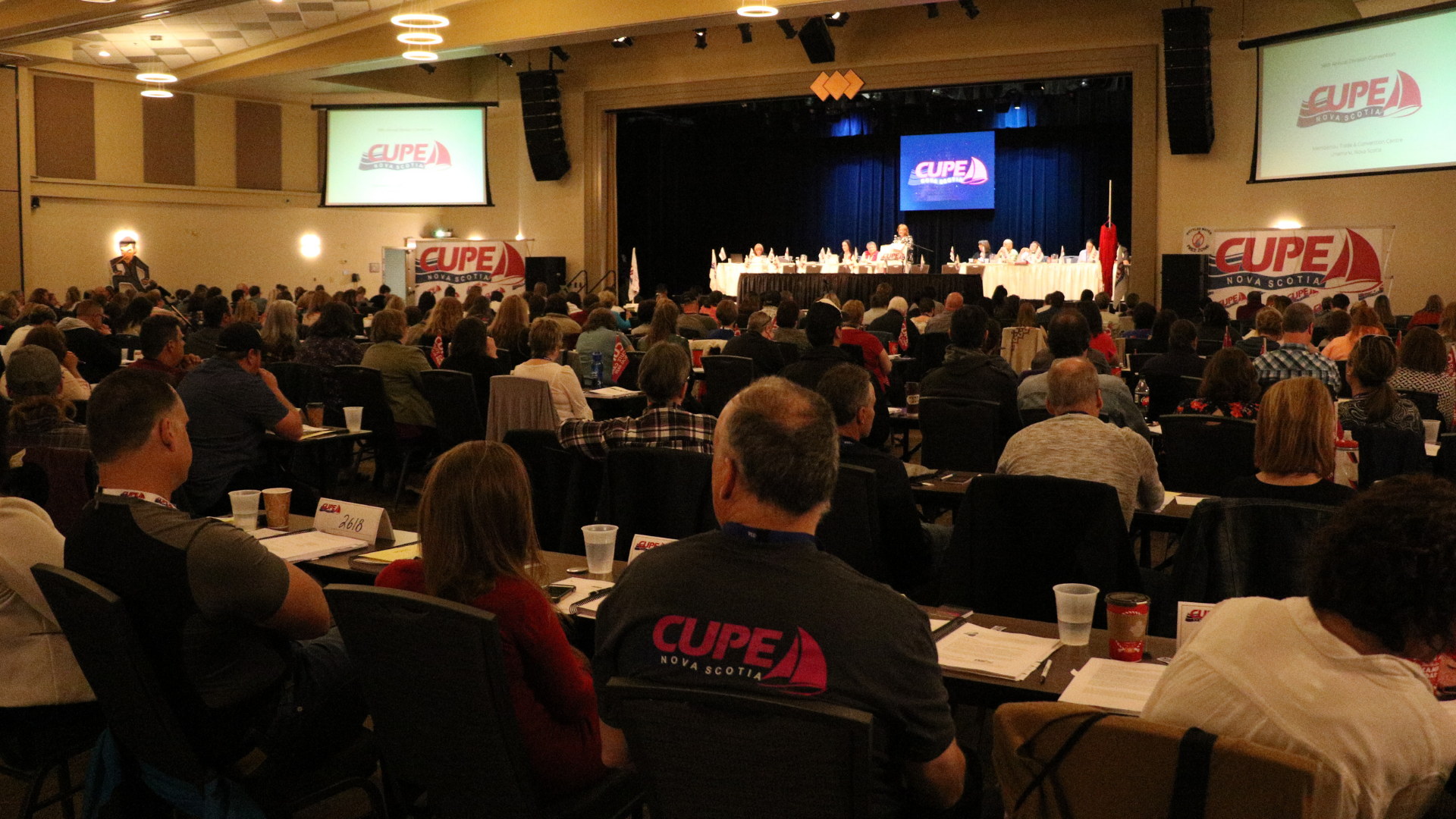 Vote for the party that values public sector workers

Come out and vote. One of the reasons why we have a second mandate from Stephen McNeil and we now suffer through his four years of arrogance is because of the low voter turnout. So, look at their policies. Ask questions.”

*For a total of 227 voting delegates 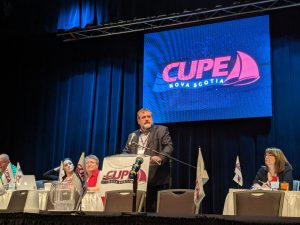 United front against violence in the workplace

“We’re forming a united front across Canada to demand workplaces free from violence, fear, and harassment. From coast to coast to coast, we are equipping our members with the tools they need to make their jobs safer.

We’ll put the violence prevention tools that we have into the hands of members who need them most. We’ll empower our members by making sure that they know their rights! We’ll find the gaps in our laws and regulations and push our politicians to change the laws to make every workplace safer for everyone.” 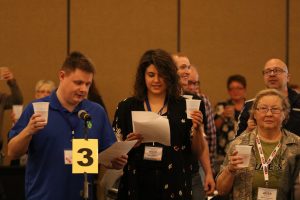 The members of CUPE 227 and CUPE 1431, municipal workers employed by Halifax Water

We’d like to propose a toast to the municipal water we are drinking here today, as well as to public water systems across Canada and around the world. Please raise your glass.

We chose to drink from the tap because bottled water costs more, is much less regulated, and consumes more energy than tap water, thereby adding to global warming. Also, only 31% of the plastic bottles we use get recycled. This means that 69% of these either go into the landfill, or make their way into our oceans, where they have proven to be deadly to fish and sea birds who swallow them.

So, rethink how you drink. Let’s tap the tap and knock ’er back. 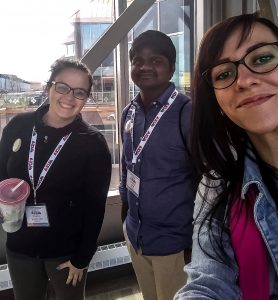 The CUPE NS annual banquet and awards night were held on Monday, May 27. During the event, two awards were presented to the following members. 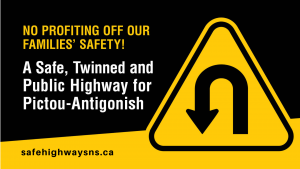 The government wants to hand over the ownership and operation of the new Pictou-Antigonish stretch of Hwy. 104 to a private for-profit corporation. We are paying 67% more for 38 km of private highway than it would cost to build it publicly!

Join us for town hall discussions June 4 and 5. More info at safehighwaysNS.ca. 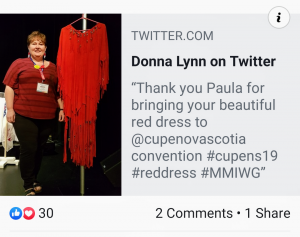 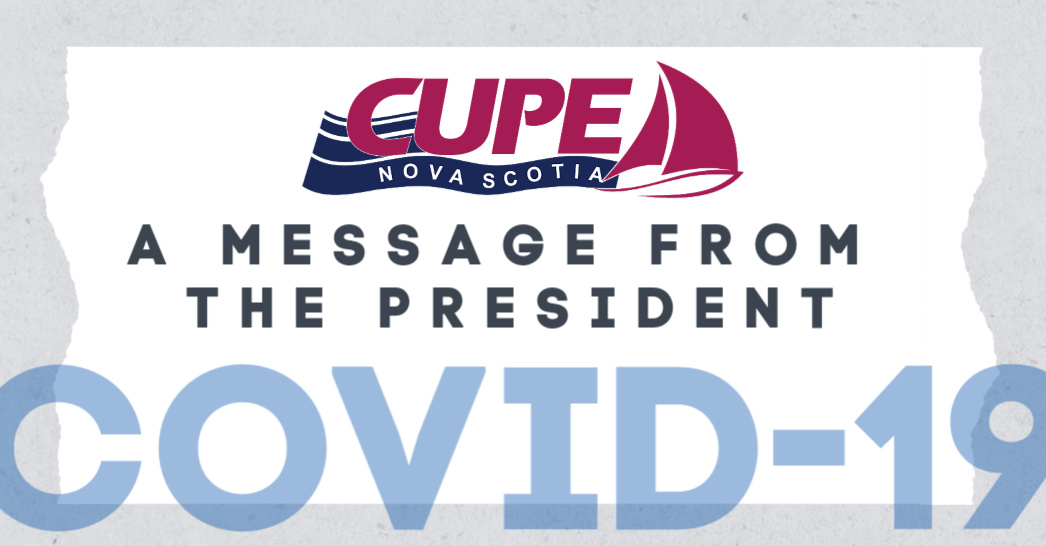