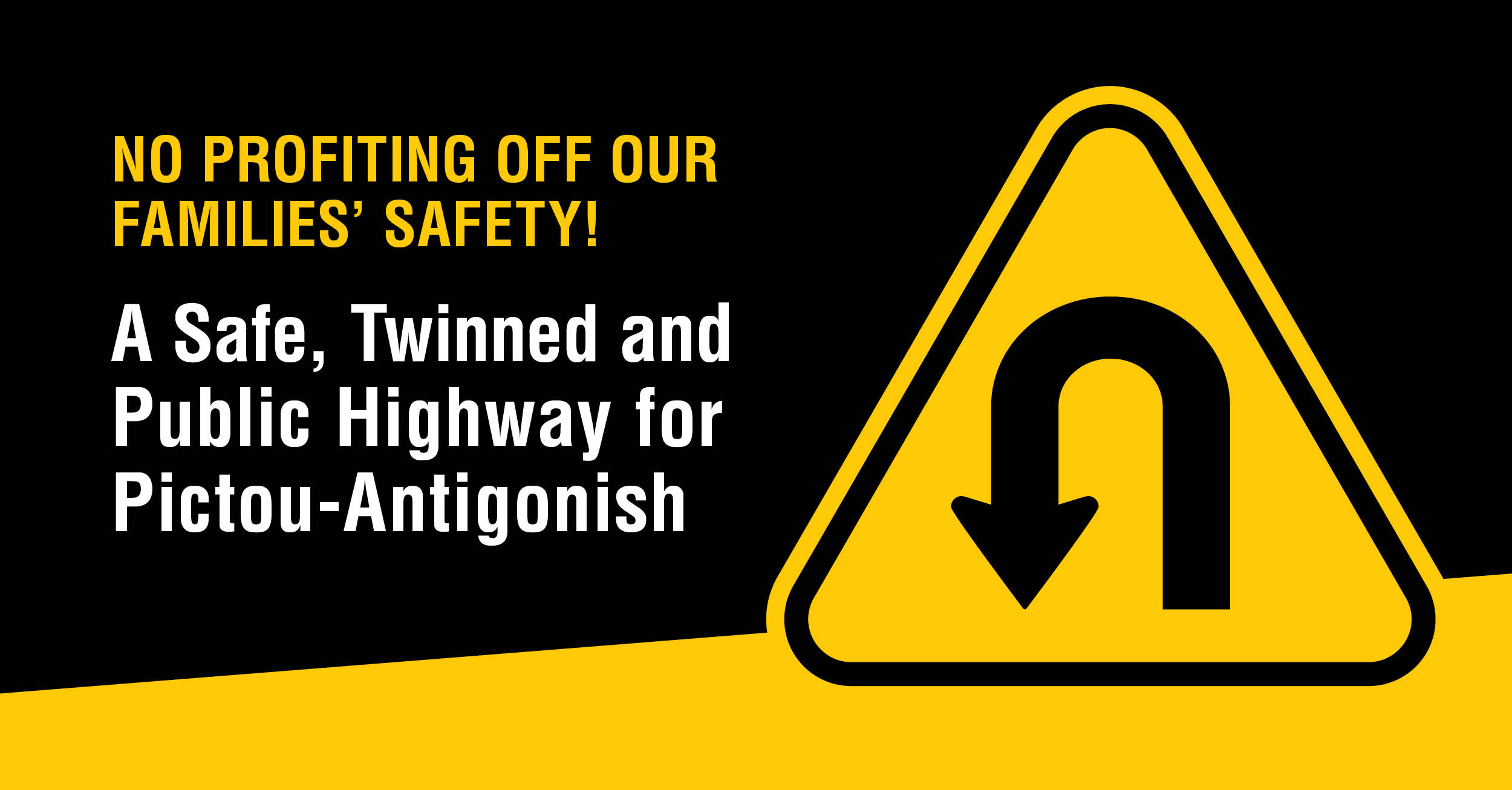 Halifax – Please join us for a town hall about the proposed Pictou-Antigonish stretch of Highway 104. The two events take place in Antigonish on June 4 and in New Glasgow on June 5.

“The provincial government wants to hand over ownership and operation of the new stretch of highway to a private, for-profit corporation,” says Steve Joy, president of Nova Scotia Highway Workers’ Union, CUPE 1867. “But we’re paying 67% more for a private highway, with poorer contracted-out winter road maintenance.”

A new report from the Canadian Centre for Policy Alternatives – Nova Scotia (CCPA-NS) will also be discussed at the town halls. The report, entitled Highway Robbery: Public Private Partnerships and Nova Scotia Highways. The author of the report will be a guest speaker at both town halls.

The report examines public-private partnership (P3) highway procurement and delivery in a Nova Scotia context and ascertains if this approach has advantages compared to traditional public procurement. Specifically, this report examines the Highway 104 Western Alignment P3 project and the Sutherland’s River-Antigonish Highway 104 expansion, as finished and proposed P3 projects, respectively.

“A publicly built highway would twin the road all the way to Monastery for the same price,” adds Joy. “We’ll lose 20 kilometres! There is a way to build more kilometres of safe twinned highways. Build them as public highways.”