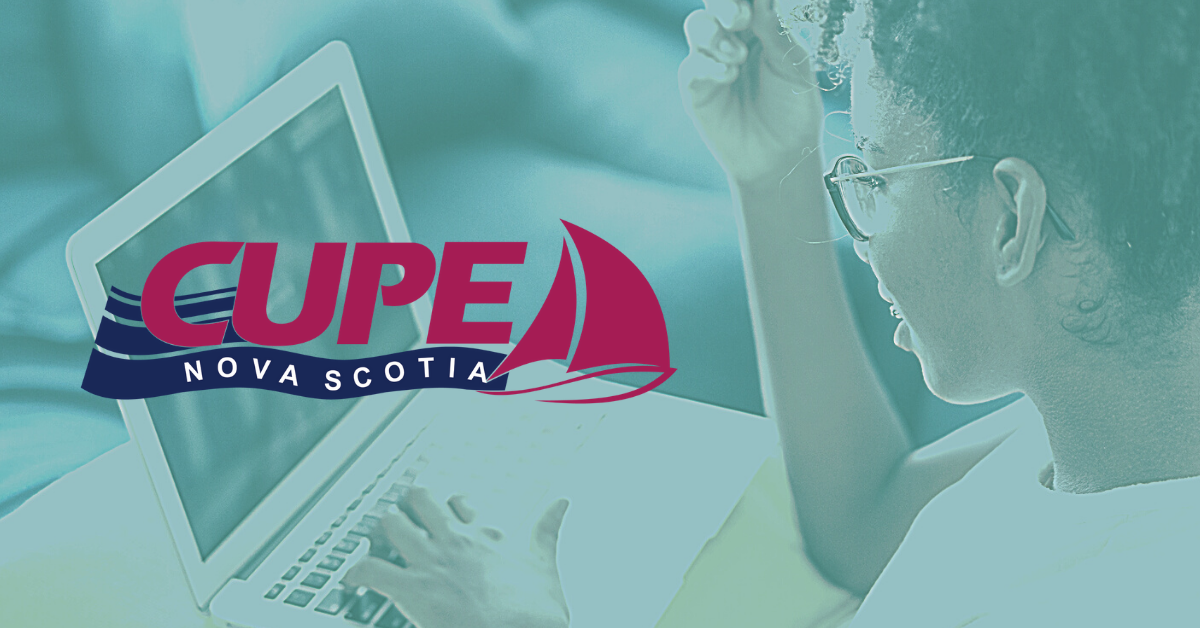 A heartfelt, uncomfortable and necessary conversation by CUPE members about their experiences with racism in the workplace and the union.

In response to recent events, members of CUPE Nova Scotia’s Human Rights Committee and Division Executive came together to discuss what could be done, as a union, to better serve our racialized members. The group decided a good first step was to host a panel discussion about anti-Black racism in our union, which took place via Zoom on July 8, 2020. It is the hope of everyone who participated that, as trade unionists, we do better to represent Black members, by supporting their voices in our union and in our workplaces.

The discussion was moderated by El Jones who is an educator, artist, activist and member of CUPE 3912. “It’s extremely important that we’re here today having this difficult discussion, this uncomfortable discussion, but one that is needed to have,” said Jones, “along with understanding the problems of racism that exist in workplaces, the experience of Black workers, and sometimes the failure of unions in that, and what unions can do better.”

CUPE NS President Nan McFadgen said, “We know that our union and many of our workplaces do not reflect the diversity of the communities we live in.”

“Now, and as we live through this pandemic, we continue to see that racialized and Indigenous workers often find themselves in lower paid, insecure and more hazardous jobs,” said McFadgen. “We also recognize that racialized members are not fully represented in leadership positions in the union. There is a lot of work that needs to be done if we’re going to help end racism.”

When asked about his own experience, Calvin Scott said, “I must say it’s not blatant racism that I experience overall, it’s a lot more subtle. Other members… always questioning your worth. That’s the overwhelming theme that I always get from other members in my union.”

“You have to look at the representation. When you look at the union’s members, who’s in the positions of power within the union, what type of policies are going to come up from people being able to vote and make an impact. We’re not there, from my experience,” said Scott. “A good start would be, if you have members of African descent as union members, have them liaison with the executive members, have little meetings and so forth, bounce ideas to see how the two can come together to recruit more people.”

Donna McCarthy suggested that all white allies can take part in implicit bias training. “If you’re a white ally, educate yourself. I think there’s a lot that we can do individually, to find our own education in addition to, of course, the CUPE Steward Learning Series modules that I do believe are fantastic.”

“I think bargaining can play an important role. I think ‘respectful workplaces’ are not enough. I think you need to see if you can bargain more specific language around anti-racism, anti-black racism or marginalized workers in general,” said McCarthy. “We have to set the tone. We’re the ones that need to start the conversation.”

Yolanda McClean explained there are a number of things that unions can do to support Black members and communities. Locals and members can: host member education workshops and joint workshops with employers, support CUPE’s national employment equity campaign, write resolutions to amplify black voices and create safe spaces like Black member caucuses.

“As Rosemary Brown said: ‘We must open the doors and we must see to it that they remain open, so that others can pass through’.”