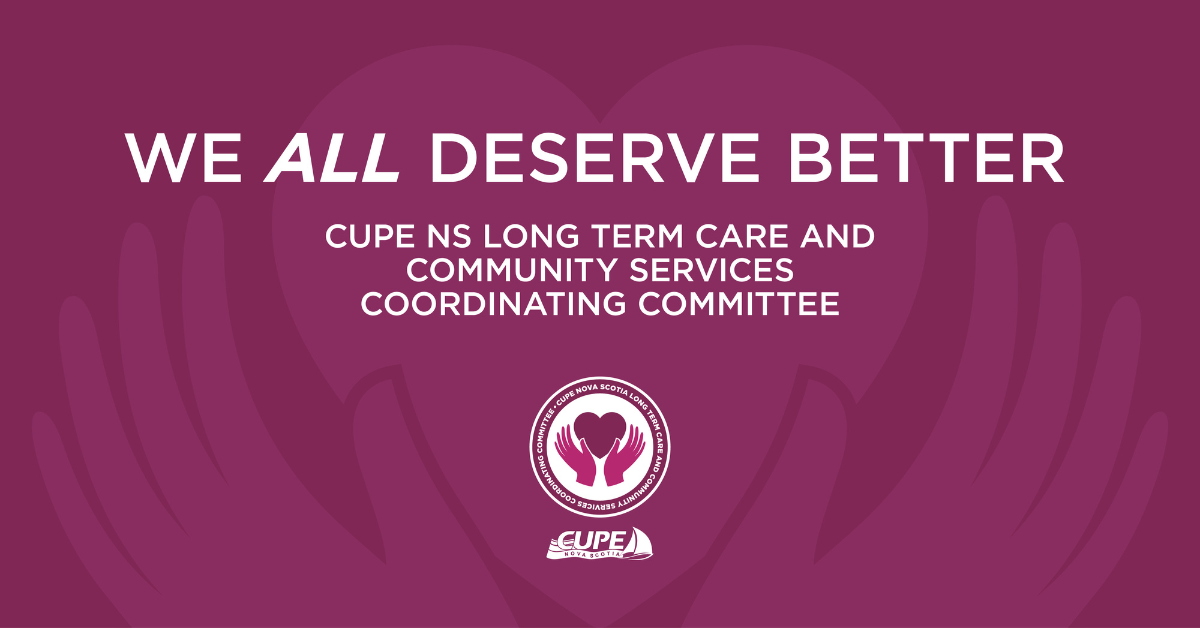 The union representing the majority of long-term care workers in the province, CUPE Nova Scotia, says that conciliation efforts have failed, and negotiations with the provincial government have reached an impasse. The conciliation officer’s report to the Minister of Labour will be filed on July 8, setting in motion possible job action.

CUPE long-term care locals are now planning next steps including taking strike votes in the near future. “This is the last thing we wanted, but the government does not appear to be listening to us,” says Louise Riley, chairperson of CUPE’s Long-term Care and Community Services Coordinating Committee.

“A financial offer was tabled by the employer, which was a three-year term with a 1.5% increase each year, with an additional 1% on the last day of the contract, and an increase to shift and weekend premiums of 10 cents an hour each. No other financial proposals were addressed and there was no opportunity to discuss anything financial beyond the “mandate” given by government,” says Carl Crouse, CUPE coordinator for the long-term care sector.“ The offer was flatly refused by the union’s bargaining committee.”

CUPE NS President Nan McFadgen adds, “Nothing the minister said in her statement [this week] has translated into meaningful negotiations. She said how ‘Deeply grateful Premier Houston and I are for everything you do to support Nova Scotians living in long-term care facilities,’ and that, ‘You have earned our highest level of respect.’ But you can’t pay with respect at the gas station or grocery store.”

CUPE Nova Scotia is the second largest union in the province with more than 19,000 members.