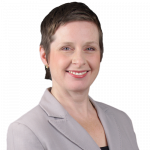 “It is thrilling to see two incredible women elected to represent Nova Scotians,” says Nan McFadgen, CUPE Nova Scotia president. “Having new progressive voices in the legislature is important for the future of the labour movement in the province. We know they’ll do a wonderful job.”

“We are also thrilled to have NDP leader Gary Burrill elected in Halifax Chebucto. He will fight to protect the things that matter most to workers and their families, like hospitals, schools, and publicly-delivered services,” says McFadgen. 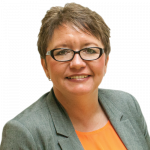 “We are concerned and disappointed by the outcome [Liberal majority] of the election. However, we are grateful for those who came out to vote and recognize there is much work to be done engaging Nova Scotians in our democracy,” says McFadgen. “Forty- three per cent is not representative of Nova Scotia.”

“We hope that newly elected MLAs will show greater respect for the collective bargaining process and the rights of workers to organize and belong to unions,” adds McFadgen. “There is much work to be done by the Liberal government to repair relations with public service workers and to settle collective agreements with all public sector unions.”