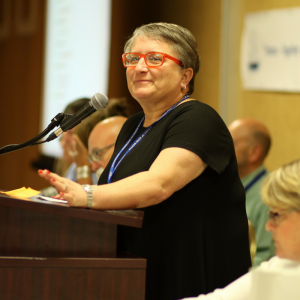 Nan McFadgen, president of CUPE Nova Scotia, was re-elected at the union’s 54th annual convention on May 31, 2017. More than 200 voting delegates from locals across the province attended the convention held May 28 to 31, at the Best Western Glengarry Hotel in Truro.

Other election results are as follows:

The convention addressed several issues of concern to CUPE members, their families and communities in the province, including the provincial election, privatization threats, Bill 148 and other regressive pieces of legislation from the McNeil government.