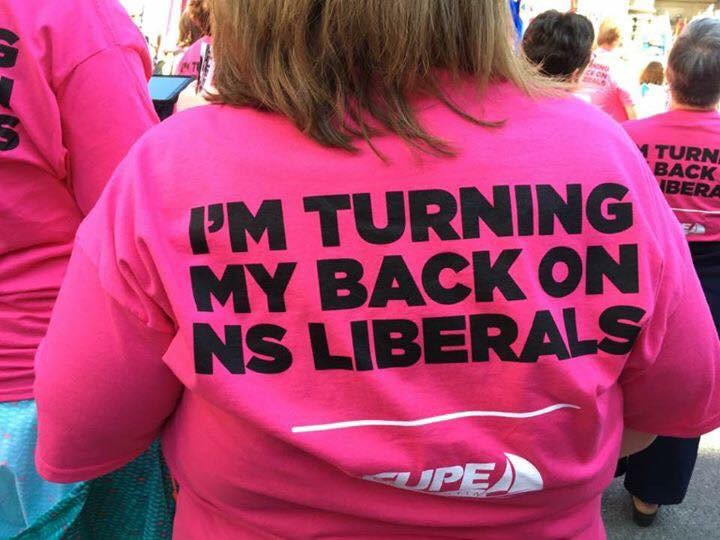 THE ECONOMIC IMPACT OF BILL 148

Since 2013, public sector workers including teachers, nurses, school board and child care workers, civil servants, the arts community and many others – approximately 70,000 – have been subjected to unrelenting interference in the collective bargaining process by the Liberal government.

These attacks on public sector workers are unfair and likely unconstitutional. They’ll also do serious damage to the economy. 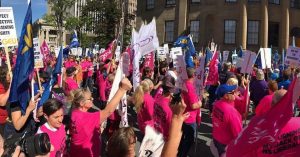 The retirement allowance, a freely negotiated benefit, is being unfairly taken without being offset and in effect takes wages from members that have been deferred until retirement.

These wage restraints will reduce purchasing power as the rising cost of living outpaces wage gains. Better wages are necessary to get the economy growing and reduce inequality.

It’s time to grow our economy with decent wage increases and a fairer share going to workers.

THERE IS A BETTER WAY

There are steps the NS Government can take to put people first, protect the public services we need, create good jobs and a stronger economy.

The Liberal Government should recognize the public sector as a driver of economic growth. Top quality health care and education are important industries, not a drain on society.

Some specific measures that can help workers and families should include creating new income tax rates so top earners and corporations pay their fair share; scheduling minimum wage increases to be indexed to economic growth and/or inflation; and strengthening collective bargaining legislation. 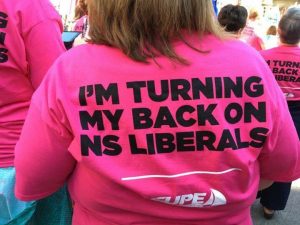 THE MCNEIL GOVERNMENT IS STOMPING ON WORKERS’ RIGHTS

Bill 19
Trade Union Act amendments made it harder for workers to exercise their right to unionize and secure first collective agreements.

Bill 75
The Teachers’ Professional Agreement and Classroom Improvement Act imposes a collective agreement on teachers after they rejected the contract terms three times. 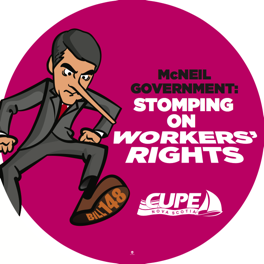