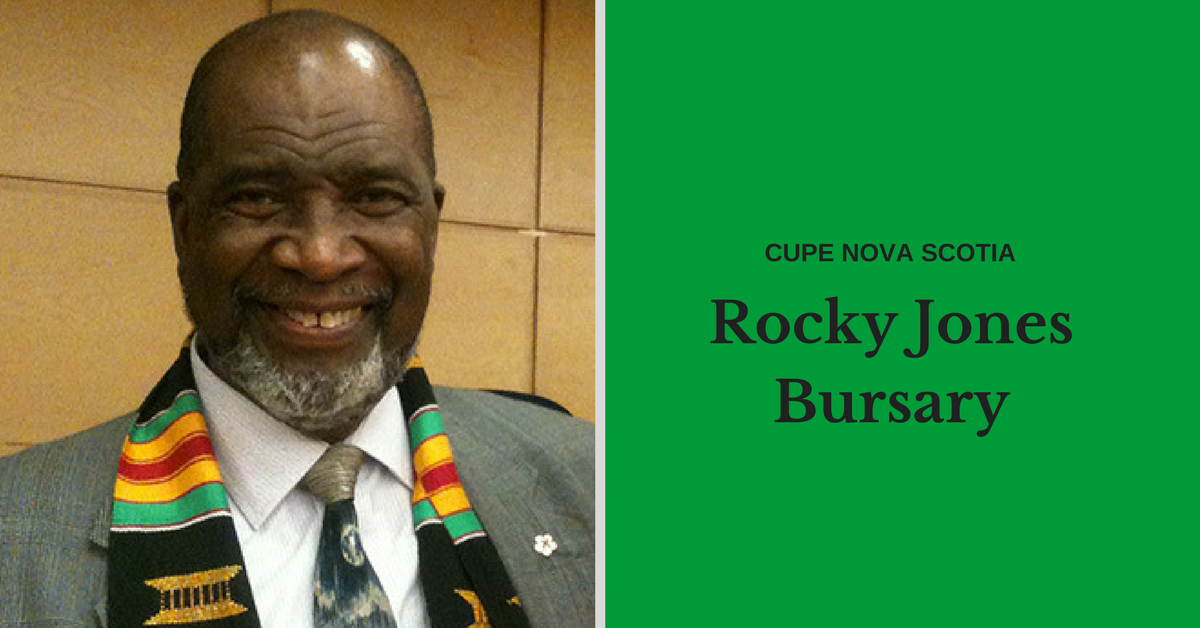 The application must be complete and on the prescribed form and must be received not later than February 15, 2018. Please note that only the winning applicant will be notified. We thank all applicants for their interest.

Decisions of the CUPE Nova Scotia Awards Committee will be final. CUPE Nova Scotia assumes no responsibility for applications or supporting documents lost, misdirected, or otherwise not received by the deadline. lt is the applicant’s sole responsibility to ensure that the application is made correctly, legibly and in a timely manner. Late submissions will not be considered. Consideration will be given to first time recipients.

Applications MUST be sent to:

All inquiries regarding the bursary should be directed to: